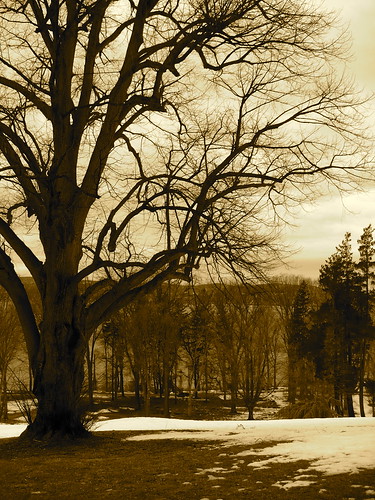 This past Sunday, I went on a group hike from Tarrytown, NY to Van Cortlandt Park in the Bronx. The hike more or less followed a segment of the Old Croton Aqueduct Trail.

It wound up being 18.5 miles (the hike leader had initially estimated 16).

It also should have been scheduled a month from now. The trail was in terrible condition - a sludgy mix of snow, ice, and mud that the hike leader hadn't anticipated (at least not to that extent). And I wore boots that were only casually waterproof; they'd keep your feet dry on a walk home from work in the snow, but not on a messy trail for miles, so my feet got soaked early on.

Had I wanted to (and it was very tempting!), I could have dropped off at a few points before the end. We passed through towns with Metro North train stations that can take you back to NYC. But every time I got to one of those towns, I thought, "I've come this far… so…" And admittedly, had I known the hike would be 2.5 miles longer with the same kind of nasty trail conditions to almost the very end, I maybe would have bailed out at the last drop-off (which was around mile 11). Ignorance can help courage along.


Anyway, Tarrytown was our starting point. It's a little south of Sleepy Hollow, and we're in Washington Irving land. For instance, here's a school named after him: 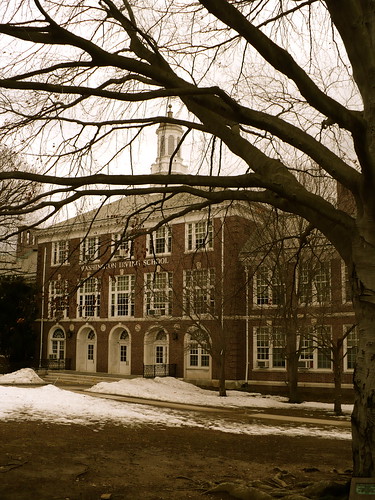 The area is also home to old mansions where railroad barons and similar types used to live. We stopped briefly at Lyndhurst Mansion, which was at different times home to a former NYC mayor, William Paulding, a merchant, George Merritt, and also a railroad baron and financier, Jay Gould - considered among the most "unscrupulous robber barons" of the 19th century (against some pretty heavy competition), as mentioned in this Encyclopedia Britannica entry. 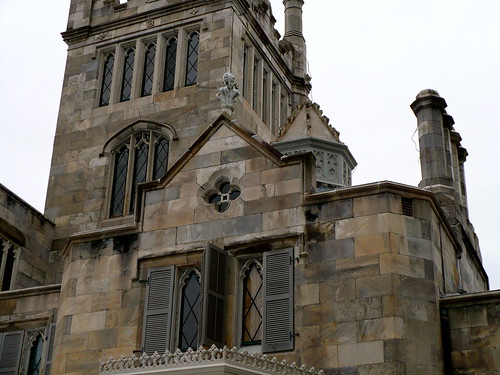 All of Lyndhurst's residents had a great view of the Hudson River from their home. 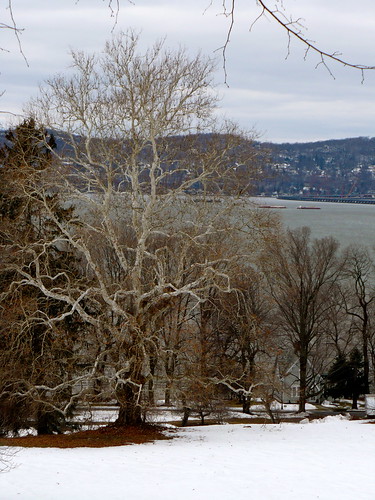 The Old Croton Aqueduct Trail didn't always overlook the river, but a lot of times went farther inland, which meant we missed out on some views but also were sheltered from strong cold winds. It would have been difficult to take in the view anyway, because I spent so much time staring at the ground, trying not to let the path get the better of me. It kept breaking and slipping underfoot. 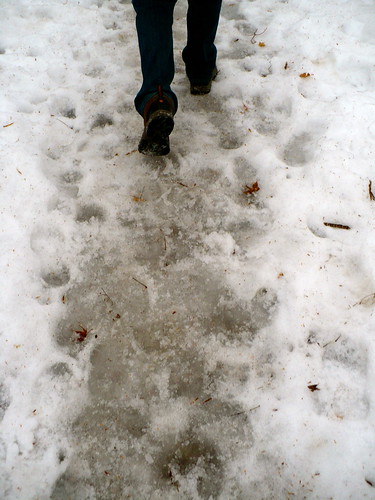 The small towns we passed through (with their lovely, slush-mud-ice-free pavement), tended to look something like this: 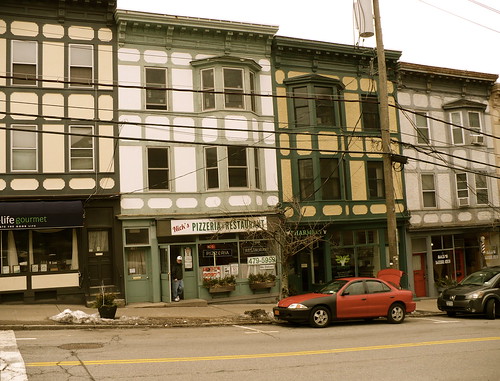 A very cozy-looking architectural style. The photo above is from Irvington, NY, which I remember now for two things. The first, and most important, is that the fire department allowed us to use their bathroom. Firefighters are heroes in more ways than one. 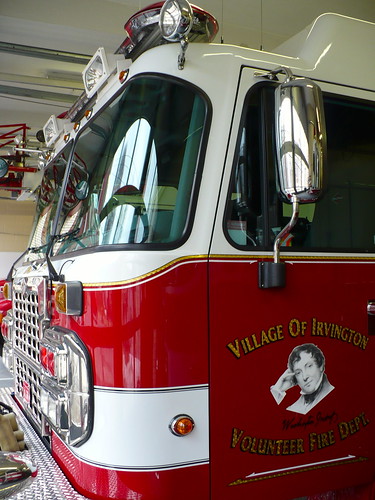 Secondly, across from the fire department and near the Town Hall, there's a statue of Rip Van Winkle. How can there not be, in a town called Irvington? 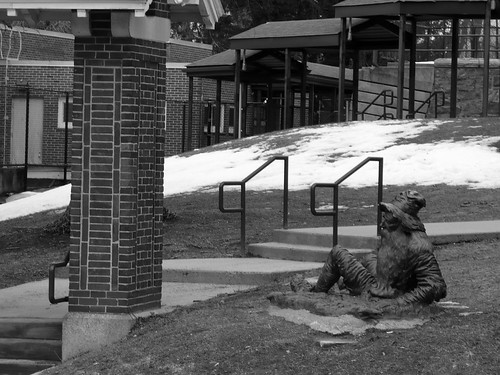 At the next town south, Dobbs Ferry, the first hikers dropped out to take the Metro North to NYC. This was about 5 miles into the hike, and I won't lie - I was strongly tempted to join them. I ate the lunch I'd brought with me outside on a bench with a few people (the rest had gone indoors to a restaurant), and my feet were already wet.

But then - for the first time in my life - I had a full cup of coffee. No joke. Up until now, I had tried sips of coffee, even some really good coffee, and I hated the flavor. But some instinct told me that instead of warming up with hot Lipton tea at the random Dobbs Ferry mini-mart I stopped in, I should get coffee.

I got a coffee called "Dark Magic." It was Espresso. I added nothing to it. I drank it pretty much to the last drop. And then - through some combination of the coffee's natural effects and the fact that I was placebo-ing the heck out of it – it gave me that extra spark that pushed me back onto the trail, wet feet and all.

I wish I'd taken a photo of that miraculous cup of coffee. But now I know - I can drink coffee, and maybe this will be the start of a new beautiful relationship.

Back to the trail… 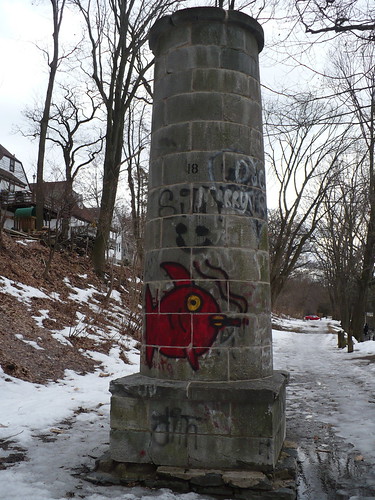 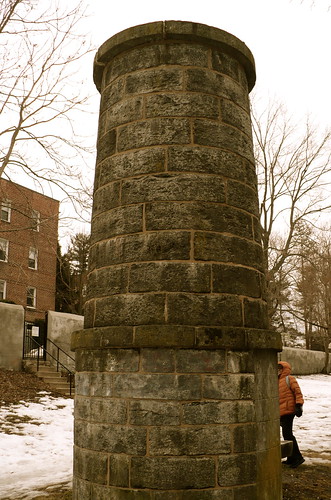 What are these stone mini-towers?

Occasionally one of them sprouts up on the trail. They're ventilators for the old aqueduct. The trail we took follows the path of an aqueduct built in the mid-19th century, which would bring fresh water into Manhattan by gravity only. Subsequent aqueducts eventually put it out of commission. The ventilators (according to the Wikipedia article) were built "to relieve pressure and keep the water fresh." These little towers also reassure you that you're on the trail. 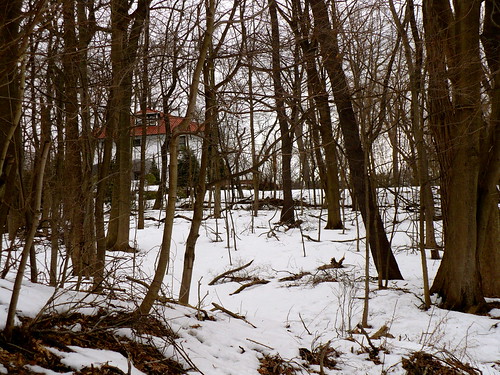 And sometimes opens up to incredible views of the Hudson River, and the New Jersey Palisades on the opposite shore. 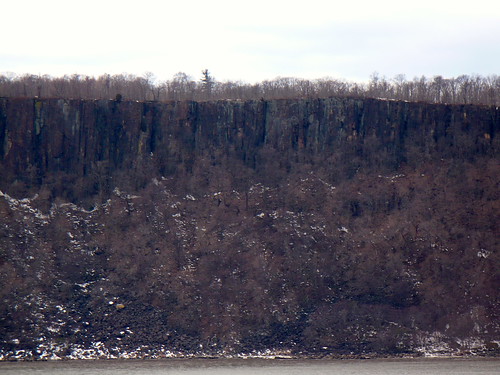 At the next drop-off point (Greystone's Metro North, about 8 miles into the hike), we lost a couple of more people. And the rest of us took a detour into Untermyer Park.

I hope to return some spring or summer. Because even on a gray, cold, windy day, with large chunks of the park and gardens closed for winter, I could tell it's a special place. (And our hike leader's enthusiasm for it was infectious.) 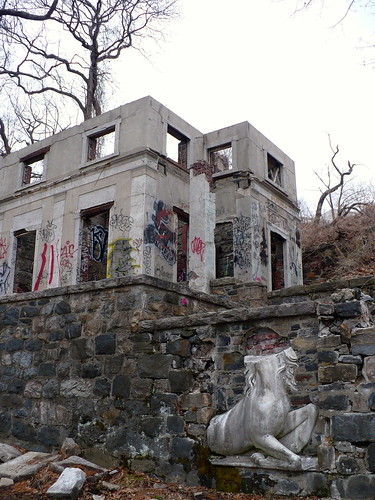 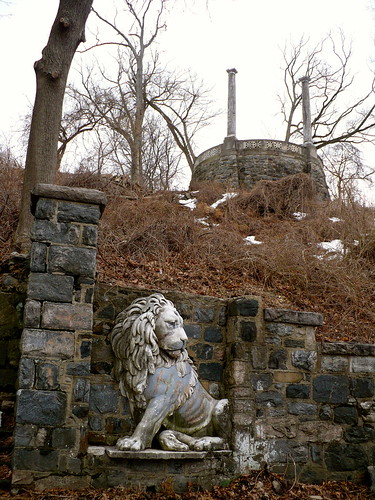 The entranceway we took was guarded by a lion and what's possibly a headless griffon.

There is a fantasy-land feel to this place. 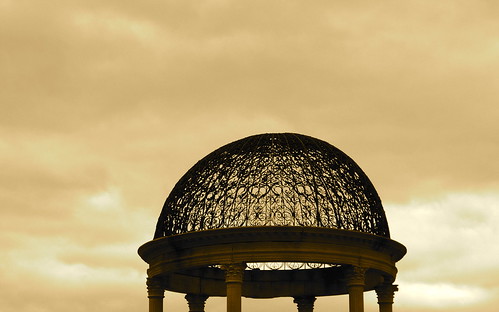 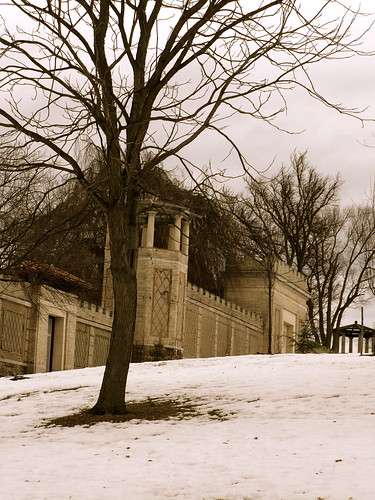 After Untermyer Park, it was south through Yonkers, with river views: 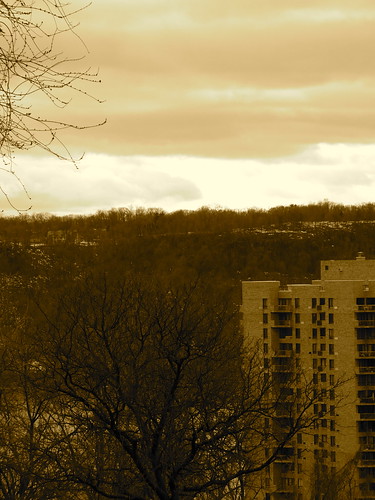 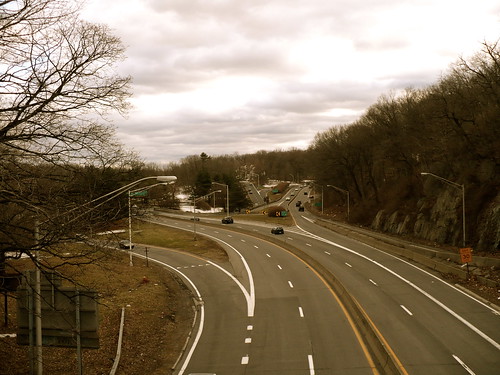 I left behind the last drop-off (roughly 11 miles in, at the Yonkers Metro North train station), and that was it. No way to go but forwards. A good thing to remind me of when we disappeared first into Tibbetts Brook Park in Yonkers, and then into Van Cortlandt Park in the Bronx, where the paths continued to be a sludgy mess.

Frankly, I don't know when we crossed from one park to another. I was firmly in a one-foot-in-front-of-the-other frame of mind, and only looked up occasionally to take a photo and to exchange a couple of words with another hiker. We had started out as a group of maybe 21 people, and there were 9 of us left at the end - like in the Fellowship of the Ring. And sometimes I felt like I was carrying that ring and trying not to kill someone (like the hike leader, when he told us that Van Cortlandt Park was bigger than he'd calculated and the 16 miles would stretch out miles farther).

Anyway, it was still lovely. Here are photos of the parks (which are probably mostly Tibbetts Brook Park, except maybe the last one, but whatever): 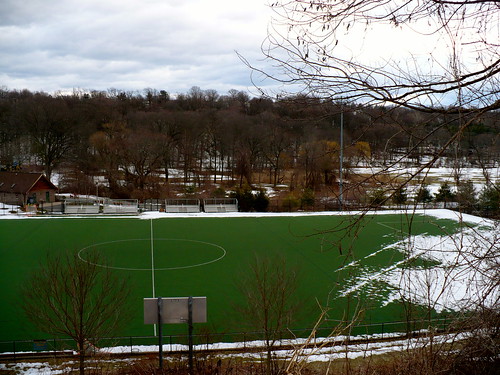 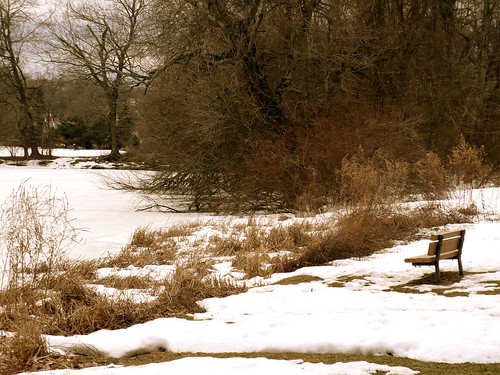 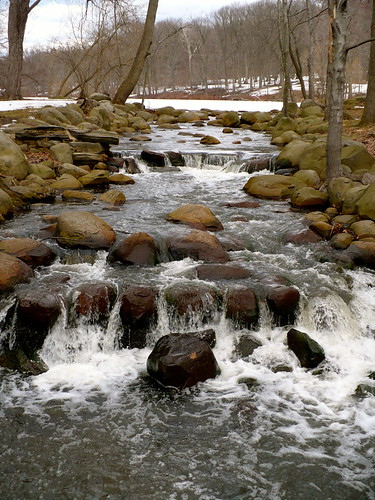 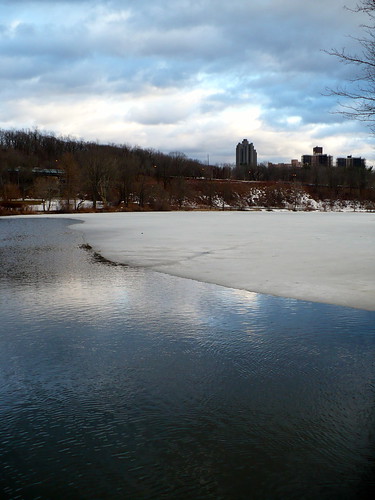 And then the hike ended at 242nd street in the Bronx, at the last stop of the 1 subway line. I took a photo of it as I approached (because the subway is on elevated tracks and not below ground at that point), but the photo came out blurred. Like my eyes, with their tears of gratitude. (Not really - I wasn't crying, except maybe inwardly. My feet, however, were weeping.)

Seriously, this was the toughest hike I ever did. The longest in terms of distance, but worse were the trail conditions and my inadequate footwear. I'm glad I stuck it out though. It was worth it. 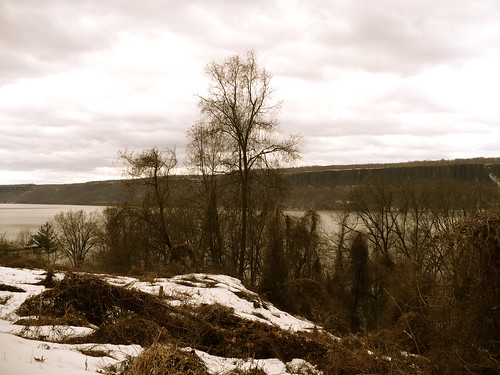