Attempted Seal-Watching at Beautiful Orchard Beach in the Bronx

This past Sunday, I went to Orchard Beach in the Bronx's Pelham Bay Park to hopefully see some seals (they come down from Maine during the winter). The park rangers had set up a viewing time for low tide. Unfortunately, they didn't come out of the water. The chances would have increased with a sunny day, and even after the rain stopped the skies remained cloudy.

Still, it's a lovely beach, even in winter. 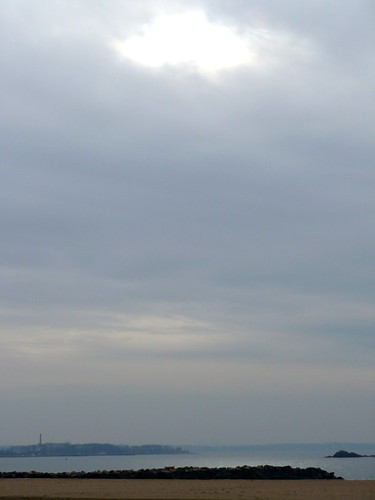 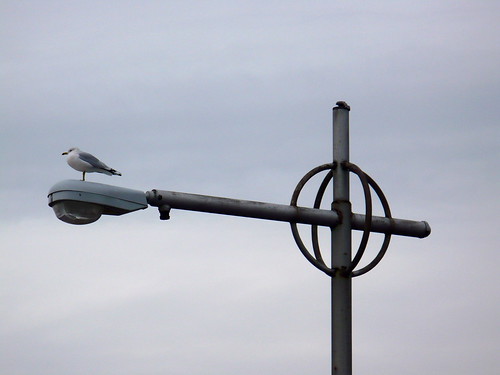 bordered
The conversation is largely a repetition of other ones we've had. Because his point isn't to tell me something new; it's to map out the current limits of his life, at least how he sees it. He can do this, but not that. Go there, but no farther, not for now. His words make the boundaries firmer.

bowl
Sand pounded flat by feet but not by waves. It's a sheltered harbor. The water is flat and calm and waits for people to disturb it.

featureless
The sun's glare turns everyone into silhouettes.

mistrustful
A preschooler balances on a fence with his father's help. He tests his father by tipping forward suddenly; will the large hands around his waist tighten and hold him steady? They do. He tells his father, "You'll drop me!" He insists on it, against all conflicting evidence; his father will drop him - it's just a matter of time.

numbing
The idea of time healing wounds - not sure about it. At least, it's not as simple as that. Because time can bring with it numbing, which isn't necessarily the same as healing.

thrust
Roots that have punched through rock and cement.

tinny
I wonder if I'm little more than a nerdy sideshow in his life. And in her life, a project that went haywire, much to her chagrin and bitter delight.

There are many things about day-to-day life that people take for granted - a stability and predictability that can be reassuring. But daily life isn't as stable, comfortable or rooted in common sense as it may appear when people coast along on it. The following are three stories that show an alien side to daily life and one's place in it.

congested
Most of the air in the room has been absorbed into the furniture - chairs stiff with disuse, a piano that would croak at the touch of curious fingers.

essence
"We should all be well," she says, peering at us with eyes that see nothing but cloudy shapes and light.

fried
Old homes by the ocean criss-crossed by power lines, their bricks glowing and their gables peeling away.

prospects
In the fountain - coins, litter, and a water-logged postcard; maybe someone making a wish about the next place they'd like to visit.

smolder
The smell of cigarette smoke off a leather jacket can be attractive in passing.

unfurled
Ferns in a blue vase on a balcony, with the river below.

The Bling Ring (2013) is a surprisingly funny, biting movie

I was pleasantly surprised by The Bling Ring, which was funnier and sharper than I expected. It's a crime movie for the age of celebrity obsession and passive consumerism.

The characters are teenaged criminals and striking in how aggressively passive they are. They commit their crimes with minimal thought, but also with an obsessive repetitiveness. In the moments when they try to sound forceful and in command of themselves, they use passive phrases and clichés to describe their own actions (their crimes are "circumstances that happened"). They'll latch onto an opportunity and exploit it, but only if it drifts within easy reach; they'll adapt to the moment, calling on ready-made personae (as thieves, groupies, stars, wounded children, whatever).

Here's one of the teens, Nikki (Emma Watson), defending herself at the start of the movie:

I'm a firm believer in karma. And I think this situation was attracted into my life as a huge learning lesson for me. To grow and expand as a spiritual human being. I want to lead a huge charity organization. I want to lead a country one day, for all I know.

So what have these teenaged criminals done? (And keep in mind, this is based on a real-life crime spree…)

dupe
Her way of preserving peace between us is to think that I'm incapable of coming up with my own ideas. My head is a bucket, basically, and other people come along and drop ideas into it. This means that when I disagree with her, it's not really out of my own willfulness; I just didn't protect the inside of my bucket-head well enough. (The alternative is to think of me as a calculating opponent, purposefully against her.)

fibrosis
There are relationships held together by scar tissue and not much else.

indignant
A car protesting at getting towed - its alarm going off in the early morning.

lures
She tosses food to the birds, but not to feed them - only to get them closer to her when she begins her chase.

scattering
Her brain trips her up. She makes rapid deductions, but can't focus well. She chases down each stray piece of information no matter how irrelevant it is.

scholastic
It's a theater of the academic: pants rolled at the ankles, square-framed glasses, bike and backpack, a spotty beard.

staged
The barrel outside the store has filled with rain, and now the lamplight dances in it. 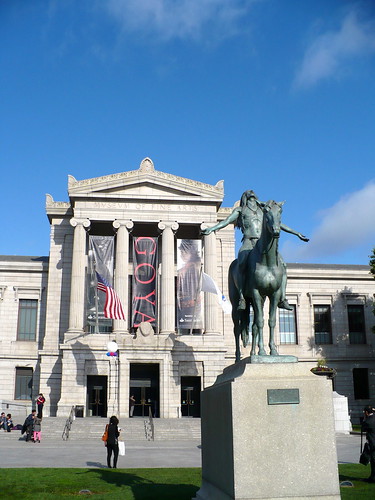 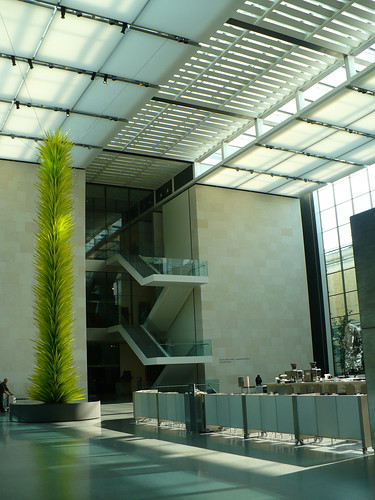 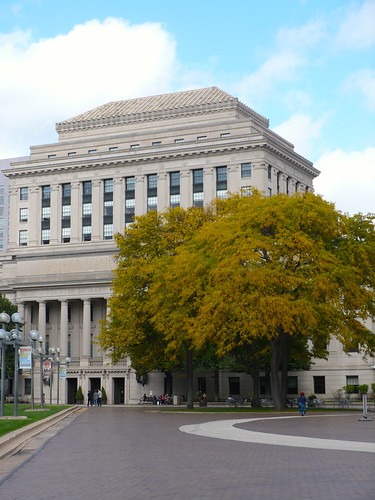 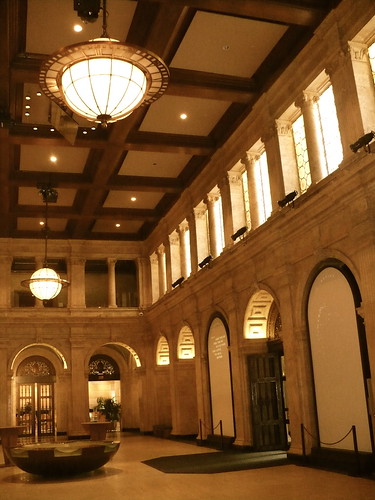 At the library, there's the Mapparium - a huge walk-in glass globe you can stand right in the middle of. The globe dates from the 1930s, so it's a snapshot of the world then. Wasn't allowed to take photos in it, but here's a look from the website.

fetching
A winsome, curly-haired lawyer picking her away through old warehouses and artist lofts.

genuine
People talking about what they love or what they're interested in, without competitiveness or preening.

patrol
Wasps swooping over a green plot where Lincoln sits and listens.

platinoid
Skyscrapers that look like they were made entirely of platinum group metals: ruthenium windows, iridium roofs.

sunny
Yellow brick, bright as fruit, a backdrop for trees.

traces
In a neighborhood saturated with history, I wonder who once stood beside the lampposts or looked out the windows with the white shutters.