This past Thursday, the temperatures peaked in the high 40s, maybe low 50s (Fahrenheit), which is practically a heat wave considering what the winter's been like. Good weather for a walk.

It starts in Columbus Circle. 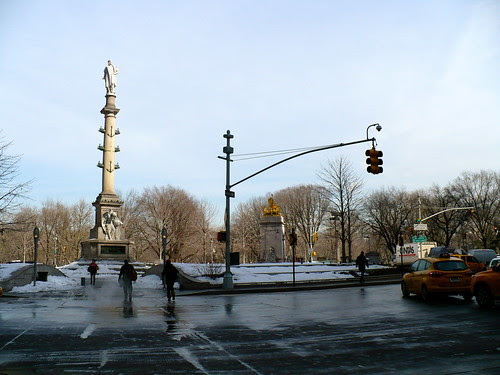 Walk south to 57th, and then head east, past Carnegie Hall and the Russian Tea Room: 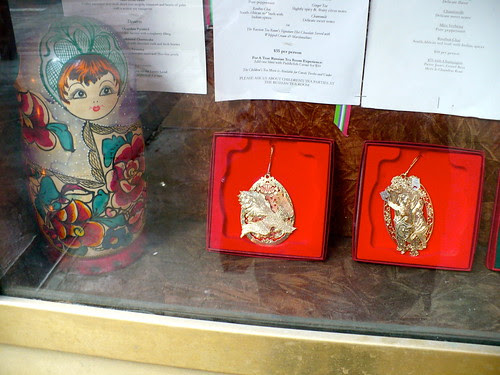 And an antique shop offering wares that look enchanted or cursed: 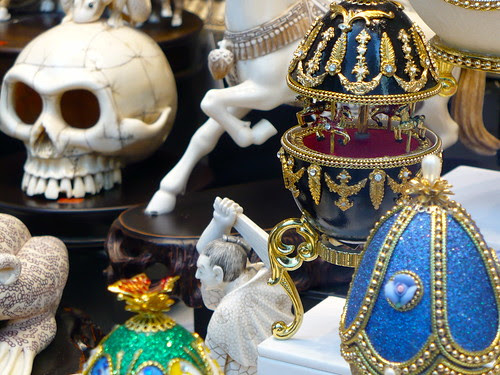 echoes
Haven't we had this conversation before? In our respective chairs, one of us talking more than the other?

hometown
I take a dialect quiz (focusing on pronunciation, and certain vocab and expressions), and the results are supposed to tell you what region of the US you're from. As it turns out, the way I speak fits closest to these three cities: San Jose, Fremont, and Honolulu. Also, I'm generally a very strong fit with Long Island, NY. Given that I was born in California and spent close to six years of my life in southern California, then the rest of my childhood on Long Island, these are pretty accurate results.

keratinous
The days are slight, as thin as fingernails.

revival
Embers in me that I want to coax back to life.

sorted
The animals have one corner of the floor; the plants have the other. In his world, at this time, they can't mingle.

tonedeaf
"Are you with someone?" he asks, his eyes scanning the room, fishing for additional prospects. "Yes," I say. "If it doesn't work out," he immediately says, in a business-like tone, "could I be the first one to know? Let me know, right after." Yep. That's exactly what I'm going to do. The first thing I'll think of in the aftermath of a break-up is you. And I do in fact get his business card, with two phone numbers. His customer service skills are impeccable.

205
abrade
This is the kind of cold that scrubs away at your cheeks like steel wool.

arctic
I don't know how they do it - plunge into the cold water without their hearts stopping.

cellar
The space beneath my desk is very cold. I could chill wine in there, where the heat hasn't made its way.

earthy
Deft fingers on the mandolin and a rough and honest voice. Magnificent.

sisal
They're a married couple with no apparent chemistry. No shared looks, no laughter in their eyes, just a tiredness in the way they move and talk to each other. As if they'd always rather be in different rooms. There's no sense of what's holding them together except for social acceptableness.

versifying
Hours of poetry, some earnestly awful and some of it beautiful. It's been a while since I had the pleasure of listening to poetry read out loud. Even the bad poetry sounds better read out loud.

Collection: A Day in the Life of a Smiling Woman
Author: Margaret Drabble

Margaret Drabble's writing is delicate brushwork. Fine details, nuances of feeling and thought, and in her best stories you hold your breath as the bigger picture emerges from all those little strokes. She writes with a real sympathy for people and how they make meaning of their lives in the face of so much that feels futile or ridiculous to them.

In her weaker work, there's a messiness to the characters and the story structure that feels lazy, like she applied her brush with indifference instead of the focus and care seen in her better writing.

These five stories stood out for me:

Crossing the Alps
A man and woman go off on an adulterous getaway. He's in a failing marriage. She's raising a disabled child on her own (after her husband walked out on her and the kid). They plan their little vacation to the Alps with a feeling of excitement, nervousness, and disbelief in themselves (will their relationship really go anywhere?) They want to do the kinds of things that people in a whirlwind romance are supposed to do, but each of them is practical. They know that what they're doing is in part just play-acting.

During the trip, the man falls sick. He can no longer play the part of the strong man whisking the poor, overworked single mom off on the romantic getaway of her life. She winds up taking care of him, a role that makes her stronger, more self-assured; she's in her element, taking care of another and making the best of a hopeless situation.

With the mountains looming around them, they wind up connecting with each other through a sense of smallness and mutual sympathy. They both know their relationship won't last; they're together briefly, two small people in a vast world, and they find solidarity in that. Were they to stick around long enough in each other's lives, they might have to watch their relationship slowly fall apart; they might become ruined in each other's eyes. What they'll have instead is a relationship that never becomes real enough to be ruined; they'll have some memories to draw a little warmth from years later.

accord
Comfortable silence over pasta and fish.

concavity
Small fingers bending like ski slopes on the heavy keys of the piano.

conifer
The scent of evergreens on street corners.

demands
Having to look at it again through the eyes of a beginner, I see how much goes into piano-playing. Learning to identify the keys, learning to read the notes, developing the coordination in the hands. It's difficult. A love of music is a large part of what sees you through.

implore
The jingle bell sounds are the panhandlers rattling their cups.

limbed
Trees aren't dead in winter. They're expressive in ways they can't be when covered in leaves.

slip-ups
People behaving foolishly, young people who don't think things out well enough, are stuck with their indiscretions: photographs floating around the web, videos, comments that can't be deleted. Like having to walk around everywhere with several squares of toilet paper stuck to the bottom of their shoes. 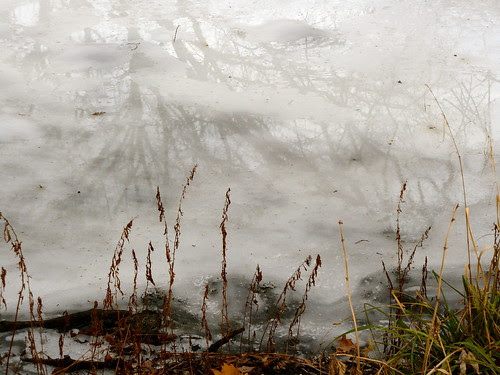 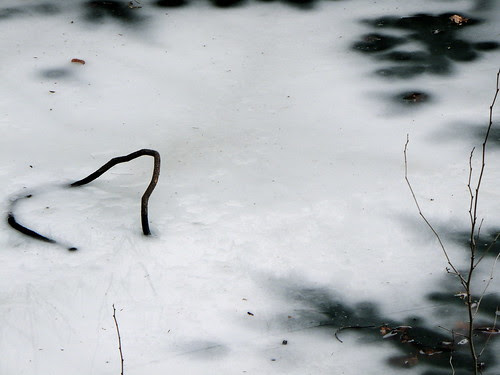 counterpoise
The closeness to others is beautiful, as is the possibility of finding space to be on your own when you need it.

fantastic
Their Lego city is imaginative. Castles, modified Hobbit homes, and modern shopping plazas with headless mannequins, all on the same street. City residents get around on zip lines and in horse-drawn carriages. Nothing has developed in exact accordance with the instructions in each Lego box.

keep
A laden table, a lawn in the dark, lights at the window.

plotting
I hope she doesn't lose her desire to fill up notebook pages with characters and ideas.

springy
Tigger, bouncing around the Hundred Acre Wood, entrances him. As we watch, he turns to me with a slow smile, pleased to see that I'm also enjoying his favorite cartoon character.

unwind
When she finds someone who listens, she talks until she's breathless - thoughts, dreams, books read, plans for the coming days and weeks.

unyielding
I'm not surprised that she doesn't try one of the burgers; maybe it would be too much of a concession.

Educating Rita (1983): Worth watching for Caine and Walters, and for the questions it raises

I like this movie mostly because of Michael Caine and Julie Walters, and what they bring to their characters. But the filmmakers could have taken more time to explore the way good books can change people and looked deeper into how people teach and discuss literature. (I would have also changed the soundtrack, which gets repetitive.)

But Michael Caine and Julie Walters working together make the movie worth watching.

As Dr. Frank Bryant, Caine is a charming mess. He's a literature professor, witty and fun to talk to, but also burned out. He's got drinking problems that are endangering his job. He seems to have reached the limits of himself, taken himself as far as he thinks he can go, and now that he sees that it's gotten him nowhere and that the view is crap, he's self-destructing.

Susan (who calls herself Rita at the start of the movie) is a hairdresser who isn't satisfied with her life. She's married to a simple guy and should be happy making babies and going to the pub after work. Instead, she wants to study literature. She signs up for a course in adult education that winds up getting her one-on-one tutelage from Frank. Walters plays Susan with a no-nonsense freshness that's wonderful to watch. Even as her character becomes more sophisticated in the course of the movie, she manages more or less to stay steady and keep her refreshing directness; she changes, but her level-headedness and self-awareness will hopefully keep her from becoming like Frank.

That's one of the things that worries Frank - that Susan will turn into him. He likes Susan, and her untutored, honest opinions on the books she reads. He's afraid that the more she studies, the more she'll become like him or like too many of his colleagues: disillusioned, mannered, pretentious, all genuine enthusiasm lost. He wants to spare her from that. And, though he won't admit it, he's also afraid she won't have a use for him anymore. Not only will she leave him behind; with her education, she might also come to see right through him and perceive his emptiness. On the one hand, he doesn't want her to be blindly enamored of him; he wants her to read his own poetry and recognize that it's crap. On the other hand, he likes that she respects him and turns to him.

For Susan, the challenge is to study and grow without exchanging one narrow life for another. She leaves behind her working class neighborhood, but what if she gets trapped in another kind of narrow life (albeit one with more social cachet)? She wants to study literature to expand her mind and her possibilities in life. The danger is that instead of growing, she'll be contorting herself; not just polishing the roughness off her accent, but also blunting her eagerness and genuineness.

How will she stay genuine through it all? (Through some combination of her own wisdom, Frank's insights, and what she understands from her readings?) This could have been better explored; I wanted to see more of Frank and Rita really studying literature together, not just sharing some excerpts from books. What is transforming about literature? Why did Frank lose touch with the written word and get sucked in too much by the surrounding culture of pettiness and sophistication? What are the limits of books and their effect on us? Books change you, but you also have to bring yourself to the books; you have to let the text speak to you. In some ways, it's similar to how you connect with people.

The movie ends with Frank and Rita about to explore new possibilities in life. I won't say what these are, only their story shows how it's possible to stagnate and lose touch with yourself anywhere. This deep personal dissatisfaction can't be soothed with addictions (drink, in Frank's case) or by going along passively with the life that other people plan out for you, which in Susan's case would've been to have kids and not think too much.

*Image links back to its source (TheFilmReview.com).