bundled
There's a bundle of blankets on the couch. It takes me a few moments to realize it's a child, staring at the TV through the fog of a cold.

fidget
I need to guard against the antsy expectation of the next thing, the unsettling need to keep scrolling down the page or refreshing it.

genre
They're reading young adult novels set in dystopian societies, and I like their analyses of these books - what makes sense to them, what doesn't, and their take on the characterizations. Their thoughts on what they read have become more complex.

gravel
He's bought neon orange gravel for the fish bowl. When he cleans it in the sink, it makes a crunchy, rustling noise in the spray of cold water.

mortify
I speak to someone who calls himself progressive. To him, being progressive means using certain tortured terminology and immediately shaming people who don't. It's likely the correct terminology will change soon, so he'll have to keep a close eye on developments. Signaling correctness is a key way to avoid ostracism.

pattern
Wine-colored leaves shaped like stars, suspended in perfect stillness under a streetlight.

sharing
The waiter brings out a slice of cake with a candle stuck to it. It's meant for an adult's birthday, but mostly the kids devour it, after it gets sectioned with a steak knife.

The Vicar of Wakefield - I tried...

Sometimes when you visit a website, it loads too slowly. Maybe there's a blue bar on the browser (like on Safari) that strains forward by millimeters and after a certain point doesn't move anymore. You refresh the page, it starts loading again, and still, no progress.

That was my experience with The Vicar of Wakefield. It isn't a good sign when reading a book feels like staring at a slowly loading website. After a couple of attempts, I put it aside. Because I chose it for the Classics Club Challenge, I feel obligated to say something about it here.

The vicar likes to shake his head over his family's follies. Maybe he regrets his own follies too, but it's his family's weaknesses that cause him to moralize. He sighs and chides them a little, but he seems to have little effect on anything around him. That's about as far as I got with him - his family falls on some hard times, they run into one man who doesn't seem to have money and another man who does. I flipped to the last pages - I'll admit I was curious enough to do that - and things seem to get tied up neatly, more or less.

I chose this book after hearing it recommended by people who found it witty and entertaining. You may get more out of it than I did.
Posted by HKatz at 12:55 AM

dessert
Pumpkin pie filling rises between the tines of my fork.

hooked
The choice of entertainment falls to the youngest child. He picks a documentary on fish that weigh a lot. Everyone winds up gathering at the TV to watch.

hushing
She calms her patients with soft string music, a dish-sized fountain, and a murmured mantra.

inordinate
A parent, embarrassed by his children's bickering, loses his temper. His overreaction is significantly more embarrassing than anything his children have done.

juxtaposition
One of the apps on her phone lets her make movie trailers. The latest one features a bad-tempered dance instructor and the floating head of a unicorn.

membrane
The waiting room is part of a suite of doctors' offices. The sofa cushions are stiff. I toy with a book, without reading it. Through a thin wall, I hear wracking coughs and a low, anxious voice.

reconnecting
It's been a year since we last spoke, and it would be a shame if we never spoke again. I email her, and she replies with warmth and surprise. We're still friends.
Posted by HKatz at 11:57 PM

carping
Today, I'm an eyebrow that isn't properly tweezed. Tomorrow, I'll be a forehead pimple. By which blemish will I be assessed the day after?

drift
They express their political stance by posting a meme or buying a product featured in a feel-good commercial from a large corporation.

flatulence
He has made the mistake of giving broccoli to the dog.

pedagogy
They're stuck with an indifferent teacher who asks nothing and accepts almost anything. In response, they ask their teacher almost nothing and ignore almost everything.

poise
When only the orchestra is playing, the violinist stands calmly, surrounded by the storm of music.

punctual
I tell her that I need to talk to her mom for a couple of minutes, then I'll be ready to play. At the two-minute mark, she pops up from behind a cabinet, startling me and reminding me of my promise.

tickle
The wind feels like dozens of gentle pats to the face.
Posted by HKatz at 11:40 PM

This past Sunday, I went on a hike through Van Cortlandt Park in the Bronx. The hike leader also gave a talk on the role the park plays in the city's water supply, and the challenges of supplying water to a city of millions.

This is a memorial on Katonah Avenue, right outside the northeast corner of the park, for tunnel workers who lost their lives building Tunnel #3, a major piece of city water infrastructure. 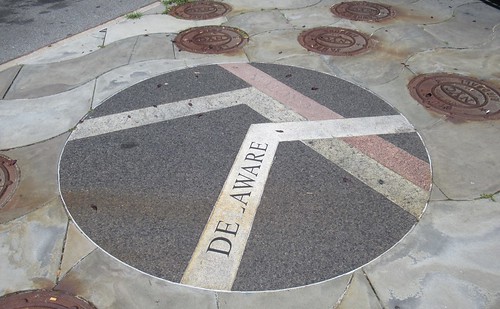 Some photos from the hike: 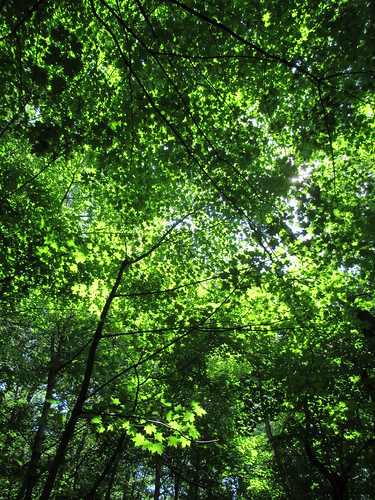 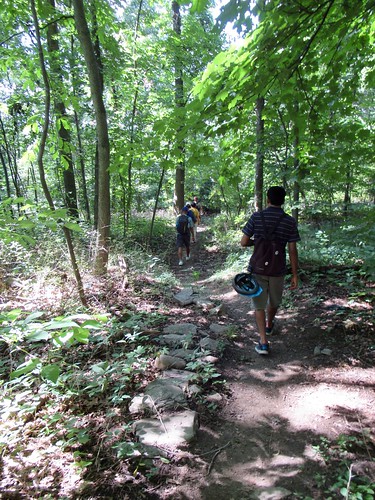 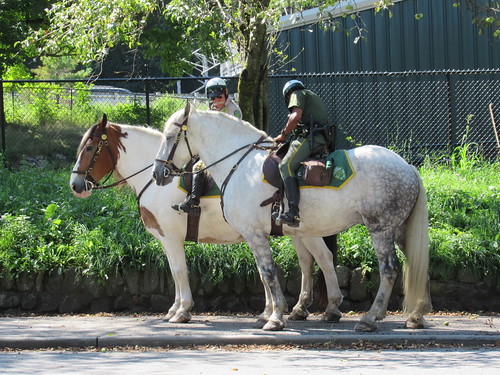 Also, because it's summer - and Laura Mvula's "Green Garden" (and its music video) is full of what I like best about summer - I'm sharing it here.

distraction
We leave the TV on in the other room and play boardgames to the background noise of dismal news.

glimmering
Part of his job is to quell people's dread. Even when he's solemn, there's a gleam in his eye, reflecting a bright shore that he assures people he can see.

lopsidedness
They ignore anything that reflects poorly on the politicians they support, while magnifying every pore and blemish in their opponents.

moods
Sometimes a hot, unreasoning anger seizes them, and they look like they're about to rip each other apart. Then a switch flips, and they cheerfully subside and watch TV.

paints
She considers the best color for her bedroom walls and skims through a book of soothing pinks - coral, rose, crepe, salmon.

prime
The best colors emerge in the afternoon. Gold light on leaves and dusky red bricks. The soft blue of the sky calls to mind feathers and eggshells.

retention
They're fooled by an excerpt that's taken out of context and given sinister meaning. It's something they saw in passing on the internet and absorbed without questioning.
Posted by HKatz at 12:25 AM

Of Human Bondage: Explorations of Growth, Maturity, and Self-Destruction

Of Human Bondage by W. Somerset Maugham follows Philip Carey from when he becomes an orphan in childhood and begins to live with his aunt and uncle, who is a vicar.

Set in England (and sometimes France and Germany) in the late 19th century, the novel shows Carey attempting to make sense of the world by adopting different ideologies. First comes the religion of the boarding school he's sent to. Once he sheds most of those doctrines, he tries to become an artist in Paris and subscribe to various theories of art and life. It's only later, when he works to become a doctor (and backslides into near-fatal poverty along the way), that he begins to accept the mess of human life - the behaviors that are baffling and contradictory, the great muddle of people who are all just trying to live, and who can't all be captured in abstract theories. He does this with some humor and greater compassion.

I like how, even as he sheds different creeds or ideologies, he sometimes keeps their more beneficial lessons. How does he determine what's beneficial and what isn't? It isn't always conscious. He discovers answers through difficult experiences - like his poverty, and his self-destructive love for (or obsession with) a woman who repeatedly hurts and abandons him, and just seeing the cases he comes across in his medical studies and as a doctor. He also has a clubfoot and learns early on how people use it as an excuse to be cruel to him. (His clubfoot, however, isn't his major impediment; he has a tendency towards self-destruction that battles with his thirst for life.) Pushing through the great mess of the world, Carey sometimes finds people and activities that help give his life meaning. Some signs of his increased maturity are his capacity to live with uncertainty, to take pleasure in more straightforward and wholesome joys, and to accept human frailty and the fact that no, he'll never fully understand everything and that he'll keep making mistakes, though hopefully not the same kind of mistakes (with the same magnitude) as those of his younger years.

Does he give up some of his dreams at the end, or does he find other dreams and sources of happiness that are just as good, if not better? He finds a place in the world where he can do some good. Throughout the novel, Carey tried to find a place for himself in ideas or in people who share his ideas, but never really was at home anywhere. By the end of the book, he can make a home somewhere. He may always feel different from other people (as each individual differs from any other), but he can live among people with greater peace and a sense of having a shared lot in life.

Carey's struggles in the book, his attempts to make sense of life and his tendencies towards self-destruction, moved me.

(I read this novel for the Classics Club Challenge.)

apply
He's bored reading about U.S. labor laws from the early 20th century. Then he comes across a YouTube video about the labor conditions for smartphone manufacturing. He starts to pay more attention, make connections.

captivating
The fountain has three statues of women spinning in dance, hand-in-hand. It's ringed by flowers, and as the flowers draw bees, the fountain draws people to take photos, and to kneel by its side and run their fingers through the dark water.

driving
The storm whips up dirt and litter. In the stinging rain, discarded cups whirl around. With clothes soaked, I wait under an awning with several others. The wind steers the rain to us.

gift
A handful of hours made for a walk on wooded paths along pools and streams.

pocket
The park is a handful of benches and a bit of greenery in an alley. The bricks catch at the sunlight, and flies swarm in the moist shade.

pup
A woman relaxes on a blanket with a dog tucked against the curve of her waist.

sharp
An insect bite crackling with pain.
Posted by HKatz at 12:53 AM