dolls
Before the play, the actors come on stage to finish dressing. They're an all-male cast, and one of them (a noble lady) does a few warm-up sashays in his green gown. Those in masculine costume need help with their buckles and buttons; one actor smiles benignly at the audience as a crew member tries to maneuver his feet into a pair of pinched boots.

dreary
We live with paradoxes every day, and they sometimes seem like cosmic jokes. People who try to impress a rigid order on the world have to first rid themselves of their sense of humor.

gasper
They've taken off the masks to their Sesame Street costumes and puff on cigarettes in the cold air.

peculiar
When the documentary shows parts of a Catholic mass, it occurs to me that for most of the audience, this will be the closest they ever get to watching a mass. It's an alien rite.

spear
Waiting in line outdoors in the brittle sunshine.

tallow
The stage is lit with real candles, hovering in chandeliers that hang on ropes. Throughout the play, candle wax plinks onto the stage.

tumult
He plays, on alternate days, a violent king and a noblewoman falling violently in love. 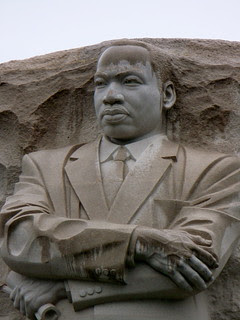 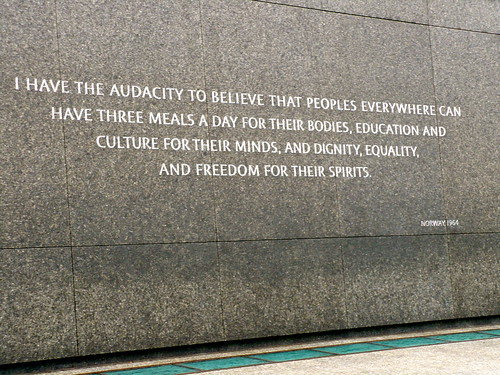 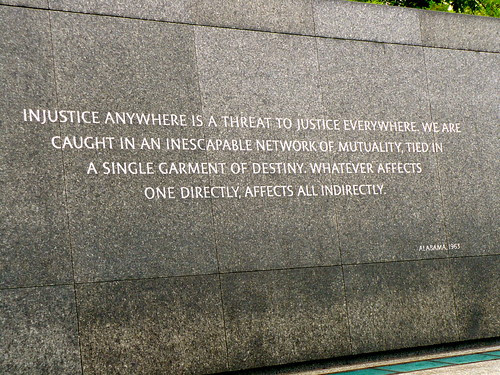 My paternal grandmother, Safta Dvora, passed away yesterday. The last time we'd spoken to each other was a little over a week earlier, a brief conversation as she was in a very bad state of health. She had wished me well in her customary way; she ended pretty much every conversation with well wishes and hopes for good health, happiness, and good luck. She was blunt and opinionated - also a tough lady, a Holocaust survivor. She'd enjoyed talking about her family, sharing book recommendations, discussing T.V. shows and movies she'd watched and concerts and lectures she'd attended; she also liked a good game of cards and had an eye for artistic jewelry. From what she'd told me, she felt that she hadn't left something undone and that she'd led a full life.
Posted by HKatz at 9:30 PM

beam
For the first couple of minutes we're on Skype, we just smile at each other. There's really nothing to say that can't be better said with a smile.

clawed
I read a book that rips open old scars.

dipterous
Already the F-sharp has a sour buzz. It will never be fully in tune, but will instead hover over the landscape of the Moonlight Sonata like a mosquito.

disquietude
I spend too much time worrying that something will go wrong. It's exhausting.

enticing
Bags of dark chocolate in a green barrel. A faint chocolatey smell tickling my nose as I stand in line.

eraser
They look smaller. Time has rubbed away at them.

organic
The inside of the piano is magnificent: faded gold, stained wood, an eagle bearing a flag in the dark. Strings, knobs, and hammers, a soundboard that's cracked. It's a piano with character, stubbornly and majestically out-of-tune.

Put down the phone!!

#195
ambiguity
The child finds the balloon entrancing. The dog backs away from it with a growl.

appraising
He's young but speaks like a savvy consumer, confident of what's a quality product and what isn't.

erratic
I've bumped into them, careened off of them, and have no particular desire to see them again.

facade
When you speak with him, he'll look past your shoulder at the next prospect. I feel like I'm standing outside a vacated building, talking at it.

mold
She will only be satisfied when she breaks me. Of course, she doesn't see it that way. She sees it as helping me.

partisanship
He makes it a point, wherever he goes, to wear a hat covered in political pins, with additional pins on his lapel and the front of his jacket. His appearance is more an endorsement for the other party than for his own.

pollyanna
Sometimes I find it difficult to believe that he can look at us all and really believe in what he says. His words come up against the harsh reality of who we are.

Step into the home of the Femm family, The Old Dark House (1932)

In this freaky and ridiculous horror movie, five people get stranded in the Femm family home, located in a remote corner of Wales. The Femms live in a stew of ruination and resentment. There's the sister, Rebecca (Eva Moore), a bitter and creepy old woman who broods on the sins of the world, especially anything to do with sex and youth. Her scarecrow of a brother, Horace (Ernest Thesiger), sometimes attempts to defy her but is reduced to fits of trembling. Their 102-year-old father is somewhere upstairs. And is there anyone else? Oh yes, the butler, Morgan (Boris Karloff of Frankenstein fame), who's difficult to manage once he starts drinking.

From Wikipedia, Fair use

The unfortunate guests are a married couple, Philip (Raymond Massey) and Margaret Waverton (Gloria Stuart), and a bachelor, Penderel (Melvyn Douglas), who was traveling with them in their car. Later, a businessman, Sir William Porterhouse (Charles Laughton) and his high-spirited chorus girl companion, Gladys (Lilian Bond), show up seeking refuge from the violent weather that's driven everyone into the Femm home.

It's a good ensemble pic, the kind of movie I really enjoy when it's done well. The standout performance for me was Charles Laughton, as a cheery but profoundly sad and lonely loudmouth, though the actors playing the Femm family are also great, and Gloria Stuart is luminous, bringing brightness to the Femm home (Stuart, by the way, played the elderly Rose in Titanic).

There's no gore, and no need of supernatural entities, because people's personalities are gruesome enough. The movie is a mix of creepiness and absurdity. There are some surprisingly funny moments - not obvious jokes, but just the way a character says or does something at a given moment. The whole scenario is over-the-top, and I think the director (also of Frankenstein fame) and everyone else involved with the film made it with playfulness.

bibliophile
It's a book store of the kind that's harder to find: cluttered, disorganized and rich with the scent of old books. Except for the wind chimes tingling at the door, it's silent. You can bring yourself to believe this is an entry into a new land, a magical shop on a mundane street.

intergalactic
The bridge at night looks like a grand landing strip for alien spacecraft.

neutrality
I give thanks to those who are buffers. The people who help keep tactless individuals more tactful, who help keep habitual combatants from talking or making eye contact. They're the people who fill the silence with neutral conversation. Thanks in part to them, we can get through a meal without a scene.

obliviousness
She stands at the door and declines the instructor's invitation to join the class. "I can only stick around for a few minutes," she says. For the next half hour, she rustles around in her multiple shopping bags and asks questions that take a while to arrive at the question mark.

prepackaged
The store is bright and bland, all wisdom neatly packaged in new books.

satiated
A pita bursting with meat and hummus and vegetables.