I had a feeling I'd like this movie, and I was right.

Much of it is set in The Footlights Club, a boarding-house for aspiring actresses and other stage performers trying to make it big (or at least find work) in New York City. Jean Maitland (Ginger Rogers) is a smart-alecky blonde who butts heads with her new roommate, Terry Randall (Katharine Hepburn), a bright Midwesterner who seems to have an enviable amount of money and more booksmarts than real experience. Linda Shaw (Gail Patrick) is enjoying jewels, furs, and fine dining paid for by her sugar daddy, while Kay Hamilton (Andrea Leeds) has failed to find any new work after she made her successful debut on the stage a year earlier. The other boarding house inmates - played by the likes of Lucille Ball, Eve Arden, Constance Collier, and Ann Miller – keep each other's spirits up by hanging out together and cracking jokes.

I'm happy to bring to you this interview with Kathryn Ionata, a writer I was introduced to online by another interviewee (Elizabeth Spencer). Since then I've read and enjoyed the work she's sent me, along with this wonderful interview.

Bio
Kathryn Ionata is a fiction writer and poet whose work has appeared in or is forthcoming from Philadelphia Stories, Wisconsin Review, Hawai’i Review, U.S. 1 Worksheets, Aries, Schuylkill Valley Journal, The Philadelphia Inquirer, and elsewhere. She earned her MFA in Creative Writing Fiction from Temple University in Philadelphia, and has taught writing at Temple University, The College of New Jersey, and Penn State University-Abington. Her website can be found here.

HK: Why do you write?
KI: I write because I don’t know what I would think about if not stories. My parents tell me that I’ve been creating stories my entire life, before I could write them down. Storytelling feels like an integral part of my makeup. Not necessarily good or bad, but just there. It’s very difficult to explain because I don’t know what other people have in their heads in place of stories. Probably real life, but sometimes I prefer to think about the way things could be rather than the way they are. I don’t write every day, but I think about writing every day, many times a day.

HK: Share with us some of the most important writing lessons or advice that you've given your students.
KI: Something I try very hard to emphasize with students is the importance of setting. I’m indebted to Joan Mellen, my graduate mentor, for instilling in me the value of time, place, politics, history, and culture in fiction. After I had taught creative writing for a couple years, I noticed that most students, of all levels of experience and skill, tended to shy away from any kind of setting. I saw a lot of stories of indeterminate time and place. I think that comes from an effort to make the writing accessible to everyone, but the result is the story doesn’t feel fully developed. So I started making a concerted effort to address this.

I tell my students that setting is not just time and place, but that time and place are what create setting. This past semester my students read Chronicle of a Death Foretold, and did an activity where they had to change the setting, and explain how the story would change accordingly, which it always did, sometimes in hilarious ways. I’ve also played Bruce Springsteen songs such as “Born to Run” and had students analyze the setting created in the lyrics.

HK: In what ways has getting an MFA in Creative Writing benefited you? What do you think people should know before choosing to pursue this degree?
KI: In short, being in an MFA program made me a better writer. Not only do I know more about literature, but being forced to spend two years concentrating on my writing made me a better writer at the end than at the beginning. Beyond my own writing, the MFA program I was in awarded me a very generous scholarship where I taught one or two classes every semester, and I discovered how much I enjoyed teaching. Plus, I had a great support system of faculty and peers. I met some wonderful friends in my MFA program, and I’ve been lucky enough to read their extraordinary writing and get some amazing feedback.

I would advise anyone considering getting an MFA to think about what they want out of such a program, and plan accordingly. Maybe you want to work with nationally recognized writers, or maybe it’s more important to be in a program that emphasizes literature, or teaching. You may not get all of these things out of one program because each will have its own strengths and weaknesses. Do some research and see what appeals to you. I think one of the most important things you can find out about a program is what classes students are required to take each semester. You probably want to find a program that allows you the chance to take lots of writing classes so you have time to focus on your writing. I’ve had friends go into MFA programs where there was so much scholarly work required that they didn’t have much time to focus on their own writing.

HK: Tell us about something you wrote that you're really proud of (and why you're proud of it).
KI: I’m very proud of a poem I wrote called “A Supermarket in Pennsylvania” that was published in Philadelphia Stories. The poem features a speaker who sees her former psychiatrist in a grocery store. I thought it was a very serious poem, but when I read it at a reading, people laughed at the line “I saw my old psychiatrist at Trader Joe’s.” I’ve always admired people who can inject humor into their poetry and I felt proud that I had managed that. I also like that the poem is very succinct—I reined in my prosaic nature and the final result is that much better because it’s controlled.

I am quietly proud of my current novel in progress, but it’s too new for me to talk about.

HK: If you could choose any three authors, dead or alive, to meet with you to discuss literature and give you feedback on your writing, who would they be and why?
KI: I would definitely want Emily Brontë there. The passion she invokes in Wuthering Heights is unparalleled—not just romantic passion, but the story itself has an inherent passion in the instability of the characters. I would love to talk about the creating and rendering of families with Louisa May Alcott. Little Women is one of my favorite books, for sentimental reasons but also because of the dynamics of the March sisters. And I think I’d round out the group with Dorothy Parker in the hope that some of her biting wit would rub off on me.

HK: What are your current projects and some of your future plans as a writer?
KI: I recently finished the first draft of a short story about a group of Italian-American teenage boys living in North Philadelphia in the 1970s. I’ve been trying to do these characters and that setting justice for years, and I hope that I’m getting closer. I am also trying to work on the novel I mentioned before. I didn’t have much time to write during the fall semester, so I’m a little rusty, but I hope to have more time over winter break. The novel is about a mother and daughter, or maybe mothers and daughters, plural. Topics to be included are the 2012 presidential election, Joni Mitchell, marriage, “the one that got away,” aging parents, and nose piercings. And that’s all I want to say for now. 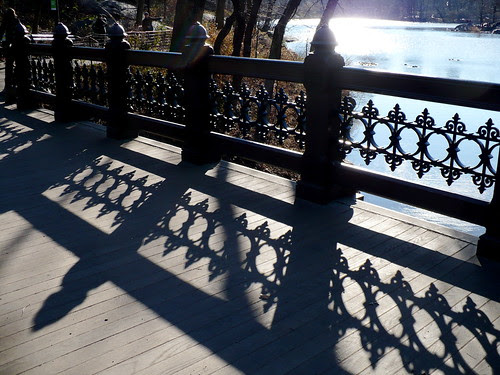 Here's another batch of two weeks of words.

And exciting news: The e-book I co-authored with my brother is now available on Amazon.

If you're celebrating Hanukkah...

I hope you're having a great holiday, full of light and warmth.

And if you want to see what nerdy Jews come up with in their spare time:

All my life I found this a good rule to follow - to get as much pleasure as you could out of things even when you weren't likely to be happy.

A Wilderness Station is an epistolary story that makes you feel like a bird flying over a forest, getting glimpses of people below and what they're doing, while knowing that parts of them will stay concealed. You'll never know the whole story.

Simon Herron, the man who dies (murdered?), is the only major character who doesn't get a voice. We see him through other characters, and we see them through letters and secondhand accounts. At the start of the story you're flying over Canadian wilderness, a frontier just being broken into by settlers. There's Simon and his brother, George, trying to make a life in the woods. They're joined by Simon's wife, Annie McKillop, who was betrothed to Simon via mail.

You might be thinking there's a love triangle, but there isn't. There's death, cruelty, mystery, guilt, and what appears to be insanity. Munro has a gift of letting multiple lives unfold across generations within a single short story. She leaves us to make sense of what we see; like historians armed with some primary documents and with our own imagination and preconceptions we try to understand what happened to these characters, before and after and during a fateful day in the woods.

Other stories in this collection include: Dance of the Happy Shades and Lichen. 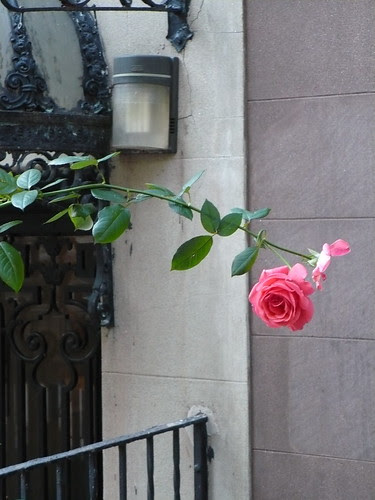 It's good to be back.

I was sick for most of last week, which threw me off my regular posting/writing schedule. So I've mixed up two weeks in words into one post. A word salad, served up for you. Here you go...