Staten Island is an underrated borough, sometimes talked about as if it's basically a landfill with some homes. However, there are beautiful places on the island, like these: 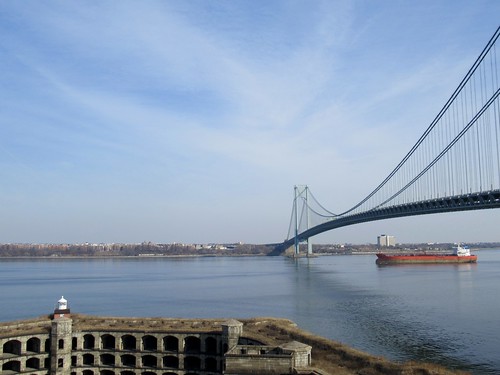 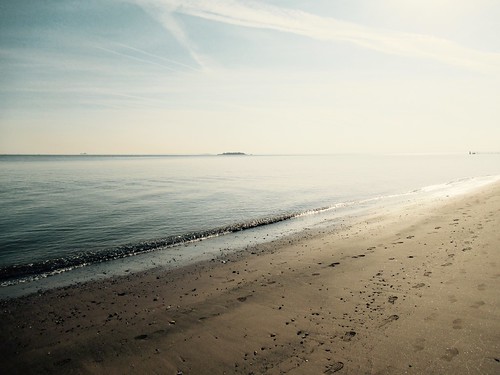 And there are plenty of interesting stories to be told there. The ones here are from a collection called Staten Island Noir (part of the Akashic Books noir series, which collects stories about crime and mystery from around the world...). So all of the stories here are dark in nature. A couple are quite funny though. And yes, a landfill plays an important role in a couple of them too (that's inevitable, for Staten Island). 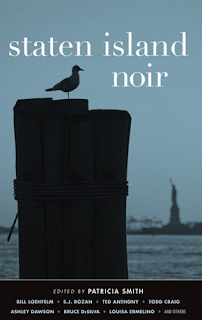 
I wasn't feeling so cocky right about then, I have to admit. I thought I was better than Angela. I mean, comparing us was like apples and pears, but if you want to know the truth, while I appreciated her finer qualities, ultimately I did feel she was a creature below.

This story succeeds because of the narrative voice. The narrator is snappy, talkative, and blunt, even while being kidnapped and held at gunpoint by her soon-to-be sister-in-law, Angela, and Angela's husband, Joey. It's a dark story where violent crime and possessiveness keep the family bonds strong and resistant to intrusions from outsiders.


One of Danny's qualities that I most envied was his refusal to judge. I wondered if it was cynicism, optimism, or apathy that left him shrugging off every atrocity and most acts of kindness that he witnessed on the news or saw in the papers. He'd always viewed most of the world from a peaceful distance, and that was even before he found the drugs... Maybe they made that distance deeper or safer or made it feel permanent and right. Maybe that distance got harder to maintain as he grew older.

The narrator and his brother, Danny, are older teenagers living with their parents. Danny has started using drugs, and though the narrator feels responsible for him, he doesn't know how to protect him (maybe Danny is too old for protection or doesn't need it, not in the way the narrator thinks he does or can provide).

The story begins with the two of them in their dad's car. The narrator is driving, and his brother is in the front passenger seat. They're trying to make it home before curfew, when they get into a car accident. The narrator then has to decide what to tell his brother about the outcome. Their parents of course can't know and wouldn't be able to handle it; their home has been shattered by the recent slow death of the boys' grandfather. By the end, the brothers have bonded in a haunting, terrible way; the older one loses his protector status (if he ever truly had it), and the younger one meets him on an equal footing.

Title: A User’s Guide to Keeping Your Kills Fresh
Author: Ted Anthony
Where I Read It: Staten Island Noir
This is another story where much depends on the narrative voice, which is exasperated and snarky. Finding out who the narrator is also becomes a nice twist, adding another dimension to the story and the deadly struggle towards the end.

The narrator discusses the last job assigned to a mediocre hitman, Manny Antonio, who tries to dispose of two bodies in Freshkills Landfill on Staten Island. Only, he doesn't realize that the landfill has closed until he gets there with the bodies in his trunk. (Freshkills is a real place - with a perfect name for some of the purposes the mafia may have found for it; it's no longer a landfill, but is currently being transformed into a gigantic park.)

One of the funny things about this story is that the narrator starts to sound like a business self-help book, talking about how people can succeed only by adapting to changing times and innovating in their field (which in this case, is the field of murder-for-hire).


At seventeen, they were finally making it out of Staten Island, just like Jimmy Destri had escaped from Brooklyn. Fleeing the island's claustrophobic suburbs, messed-up families, and time-capsule fashion sense. About time, Sunny thought.

I would read a novel about the main character of this story. Annunziata "Sunny" Cacciatore dresses like a boy, loves music, is bold, hangs out with her cousin Totò who looks up to her even though I think he's a little older, and in the course of the story she begins to investigate a toxic substance getting dumped in Freshkills Landfill (the story is set in the late 70s, with references to Lois Gibbs and Love Canal).

Sunny is an interesting, vibrant character. She has intelligence and courage (recklessness, in some cases). But she runs up against forces she's only beginning to understand. The kind of people who keep her dad quiet about what he knows concerning landfill activity. Violent thugs who don't take pity on teenagers, and mob representatives who don't need a full show of force to put fear in people.

Title: When They Are Done With Us
Author: Patricia Smith
Jo lives for those moments when she can write poems. Whether they're good or not doesn't matter, because the poetry is mostly a way to feel like a person and cope with the brutality in her life. She lives in terror of her crude, violent teenaged son, who towers over her.

A way out - or a way into madness and escape - comes from a fire in a building across the street. Jo learns about the fire and the apparent details of who set it, and she uses it as an inspiration to destroy what she has created. This is a deeply disturbing story.