Or on other days. I watched these in the last year and a half, and have been meaning to write about them. This list is an excuse to. They're all quite different from each other, and make an interesting mix.

This is a fun, uncomplicated movie set in German East Africa during the start of World War I. Charlie Allnut (Humphrey Bogart) is a grungy, adorably monkey-faced Canadian steamboat captain who delivers mail and other supplies in the area. Rose Sayer (Katharine Hepburn) is a stern and decorous British missionary who needs to get out of German territory.

In Charlie, there are echoes of previous characters Bogart has played - men who want to sit out a war and stay neutral. Rose, on the other hand, is determined to use Charlie's steamboat to make an unexpected strike at the Germans. Hepburn combines in her the spirit of a warrior with the demeanor of a prim spinster. She and Allnut fall in love, and their wedding ceremony is funny (and brief). Along with Hepburn and Bogart's performances, another reason to watch the movie is that it was filmed mostly in Africa, with great difficulty. 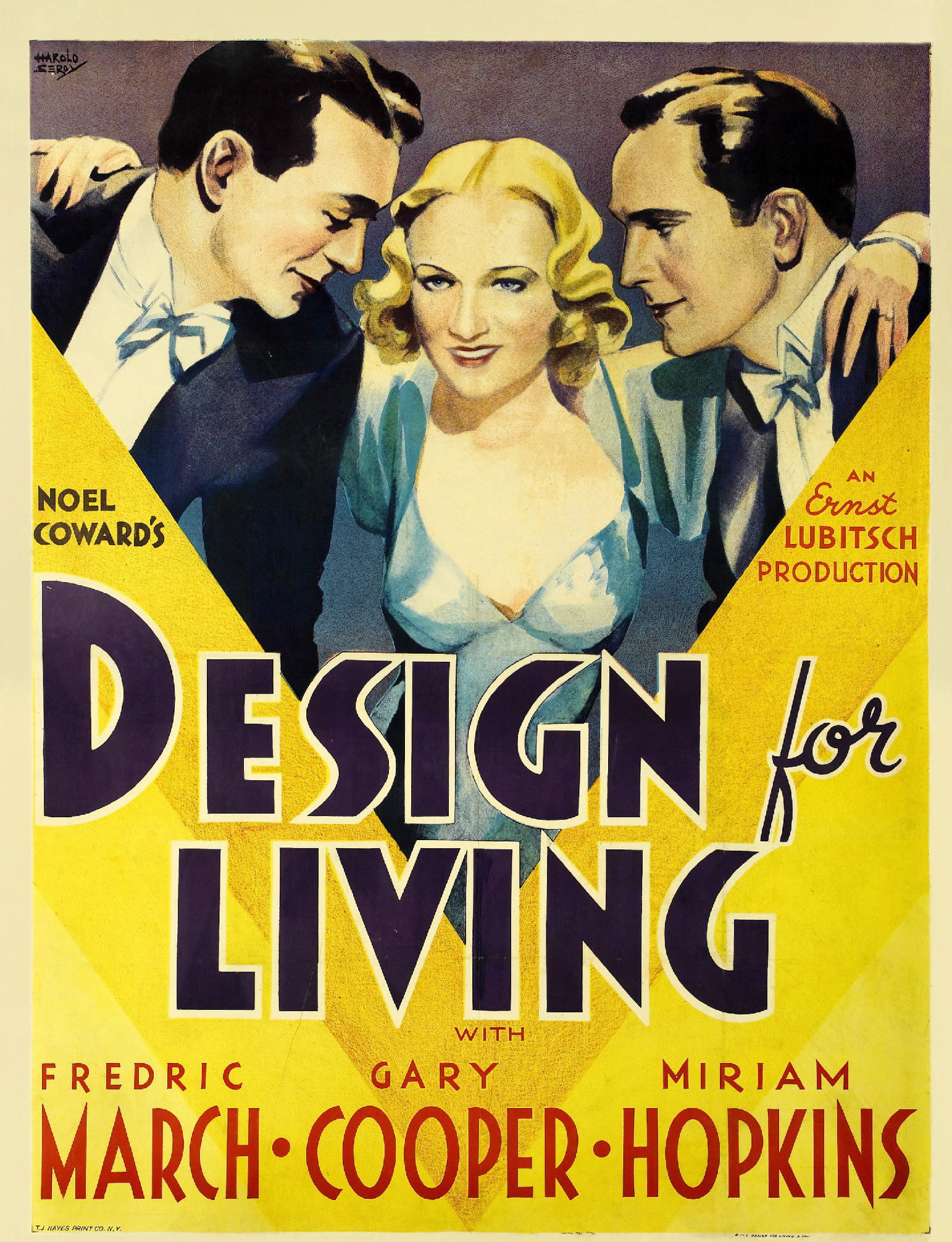 A good Lubitsch movie is like champagne. In this one, Gilda Farrell (Miriam Hopkins) illustrates ads for a living and meets two impoverished artists on a train: a painter, George Curtis (Gary Cooper), and a playwright, Tom Chambers (Frederic March), who is quick to tell her, "I write unproduced plays. I'm very good at that kind." She becomes their critic, driving them towards commercial success. She's also deeply attracted to them, finding it difficult to choose one over the other, and who can blame her. As the movie progresses, the question changes from which one of them she should choose to why can't she have them both.

Design for Living is good-natured, witty, risqué, and really funny. Gilda has one other suitor in the movie, Max Plunkett (Edward Everett Horton), who presents a safe, respectable and also soul-killing choice, as they have no compatibility. Should someone settle for safety as a mere escape from difficult decisions and intriguing, unconventional possibilities?


Title: For Me and My Gal (1942)
Director: Busby Berkeley
Language: English (and some French)
Rating: Unrated 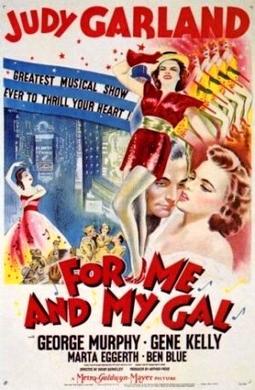 For Me and My Gal is good enough for a Judy Garland fan. She makes the movie work. First, with her singing; she had a gift for finding the way to approach practically every song, even the silliest ones. She could make most dialogue sound authentic, even when it's stilted and clichéd. And she was underrated as a dancer; here she dances side by side with Gene Kelly (in his debut movie) and she's graceful and fleet.

About Kelly - I appreciate his dance skills, but his range as an actor was limited. The humanity in his character comes out most opposite Garland; they have good chemistry. The rest of the time, his performance is forced.

The plot is full of clichés. The movie is set during WWI; there's vaudeville, a tragic soldier brother, draft desertion, lovers separated and reunited. It came out during WWII, so there's a historical interest in seeing how the filmmakers used lots of patriotic imagery to get audiences to support the war effort.

The weakest musical number is an intensely creepy duet, "Oh, You Beautiful Doll," featuring Garland and George Murphy. The rest of the music numbers with Garland are worth watching, especially one of her beautiful solos, "After You've Gone." And she and Kelly are wonderful together. 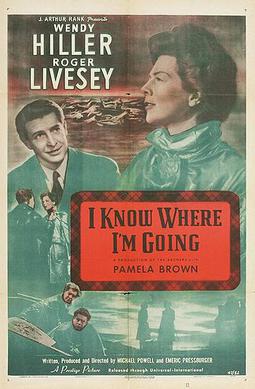 Plot-wise, this is a slight movie. Joan Webster (Wendy Hiller) is traveling from her home in England to a remote Scottish island to marry a much wealthier older man. Foul weather keeps her from the island, and in the meantime she meets Torquil MacNeil (Roger Livesey), a naval officer on leave.

But even with a predictable plot, there's quite a bit to enjoy along the way. I liked the setting and atmosphere, and how the movie weaved in local culture, especially the myths, superstitions and music.

The lead performances are strong. Hiller brings an air of elfin mischief and mystery to a character who could have just been obnoxious; nature seems to be working against her plans to marry well, but the stormy weather is really at one with her soul. The male lead, who at first appears to be worn out, becomes surprisingly attractive as the movie goes on. Also, there are some memorable minor characters, particularly Catriona Potts (Pamela Brown), who goes out hunting with her hair loose and shows a knowledge of the wild in her eyes. 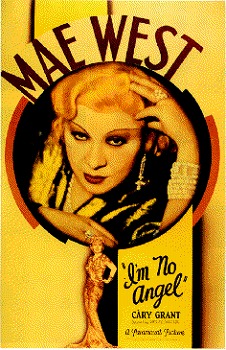 This is the first Mae West movie I watched. It was a strange but entertaining experience. West is an over-the-top character; she saunters around, speaks in a drawl and tosses out one-liners ("When I'm good, I'm very good, but when I'm bad, I'm better"). She's snarky and sexually suggestive. I don't think I could watch her movies back-to-back - her personality is such an exaggeration - but the one-woman show she puts on here was for the most part funny.

I don't remember much of the plot except that she's a lion tamer and has a burlesque act at one point? And her main love interest is played by Cary Grant, a few years before he became a confident leading man. Here he seems unsure around her, with no funny lines of his own or much of a personality; he just keeps saying how much he loves her, over and over, and yes, Mae West would write a script where Cary Grant declares his undying love for her over and over, wouldn't she. It's amazing.

I also remember a courtroom scene where her past lovers are all lined up, ready to smear her and ruin her reputation. She takes over her own defense and shoots them down one by one - also shooting down some double standards in acceptable behavior for men and women. Her performance in the movie as a whole highlights, in a funny way, a dynamic I've seen quite a few times in reverse - the larger-than-life male lead, center of the action, paired with a personality-free love interest who tells him repeatedly how much she loves him (and if she doesn't, she waits around doing little until he wins her over somehow).