A sunny walk along the Hudson River on Manhattan's west side

Last Sunday was a gorgeous day. Sunny, warm for several hours, with a spring-like feeling (finally). I joined an organized group walk of several miles that made its way along the Hudson River from Manhattan's 79th Street Boat Basin to the South Ferry station at the southern tip of the island.

We begin with the Boat Basin off of Riverside Park. 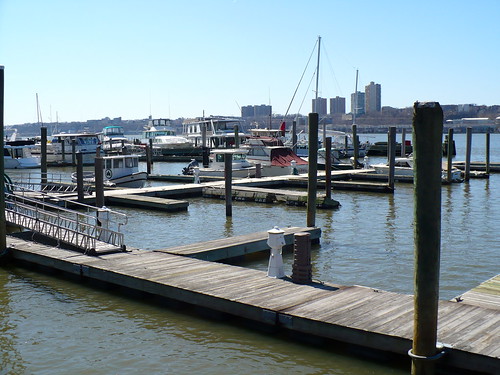 Then head south. The landscape still looks mostly like kindling. But the weather is wonderful. 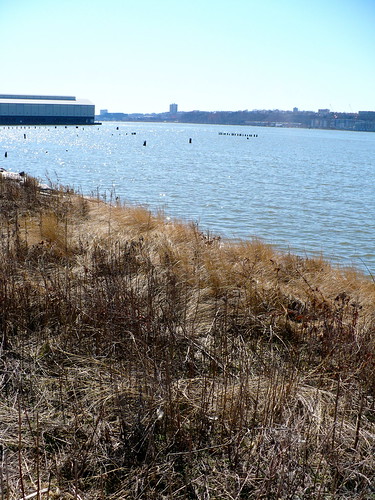 On Riverside South, which is the Hudson shoreline between 72nd and 59th streets, there are interesting finds, like the remnants of the New York Central Railroad transfer bridge, which had been built in the early 1900s to take train cars across the river to New Jersey. 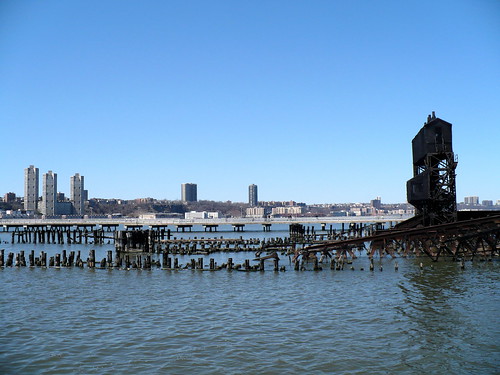 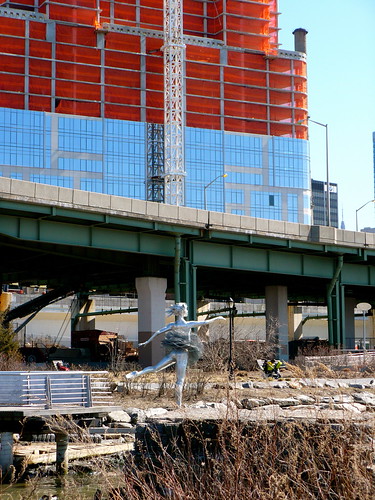 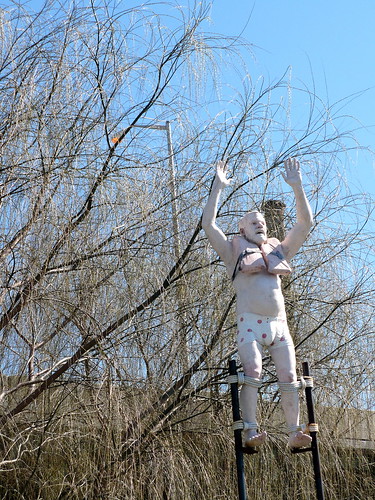 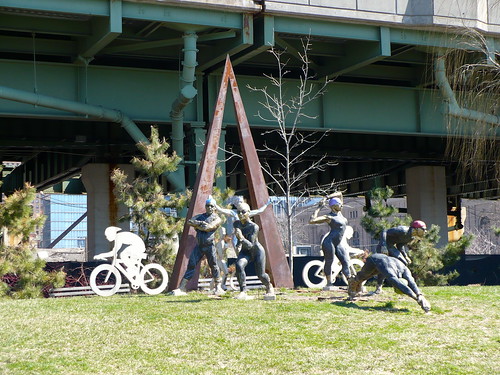 Further south at Pier 96 on 55th street, there's a giant wine bottle, and in it a replica of a Queen Mary state room. This is Malcolm Cochran's sculpture, "Private Passage." 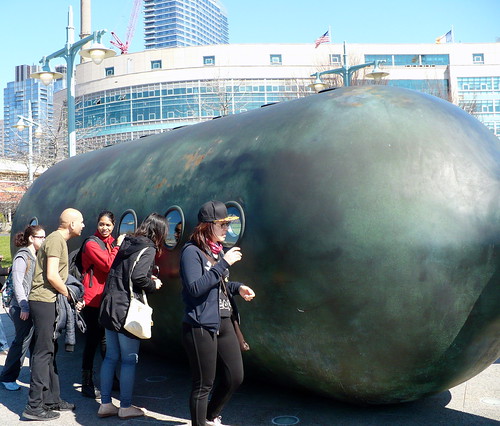 Looking at it at the time, I thought it was a cross between a bottle and a submarine, and that it tries to capture some of the romance of messages traveling by bottle, only there would be people in this one instead. It has a strong sci-fi vibe.


We're now heading down the Hudson River Park, the longest waterfront park in the US. It's still waiting for more warm days to really wake up. But even if it's too cold to be outdoors, there are indoor attractions, such as the Intrepid Museum. (We didn't go in there, but I'd like to return to it.) 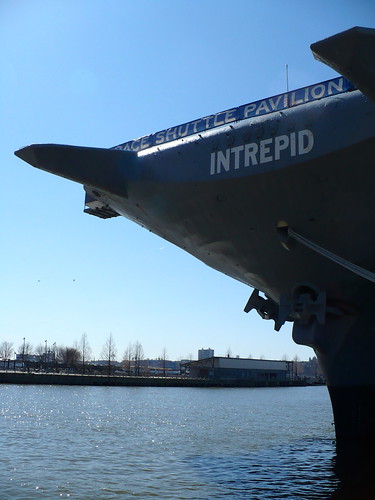 At around 30th street we detour to High Line Park. The park was designed on an old set of elevated railroad tracks. Now it snakes among apartment buildings, showing you rooftops, balconies, views of the Hudson and skyscrapers to the east. 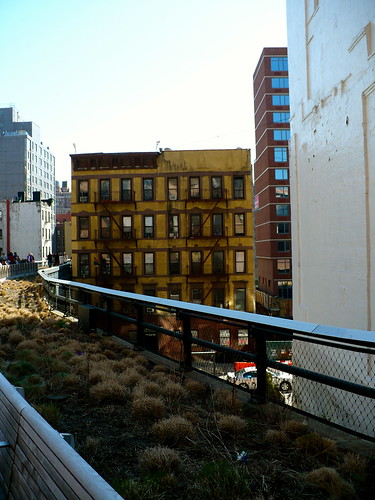 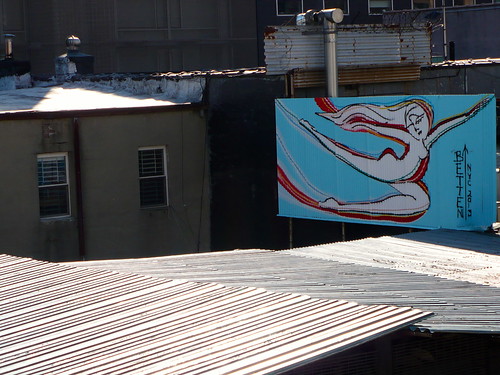 Crocuses are in bloom along the old railroad tracks, and on a rectangular lawn. People are gathered around the lawn, gazing at these flowers as if they've never seen anything like it; they treat it like a museum exhibit. 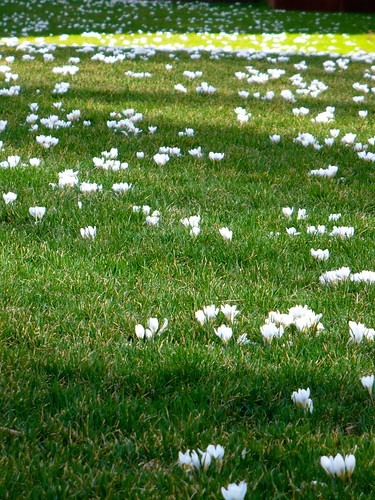 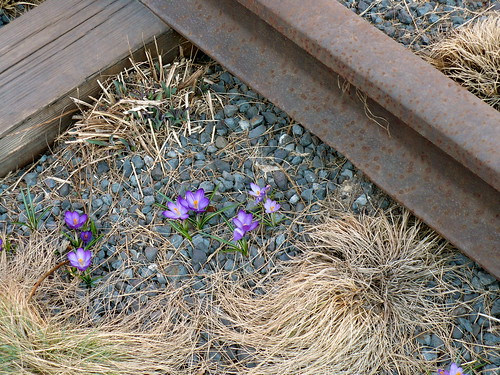 Then at the end of the park on Gansevoort Street, we turn west again to the Hudson. The air smells like sea salt along the Hudson, because the river is an estuary. The combination of sun and sea salt is fantastic. 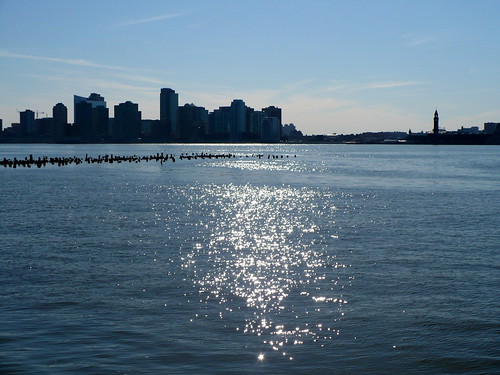 The Freedom Tower stands out up ahead. 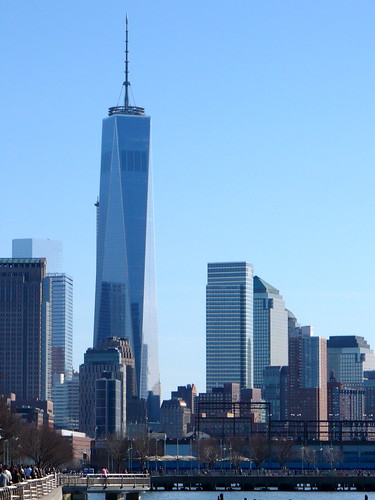 And soon enough, you'll come up alongside it more or less. 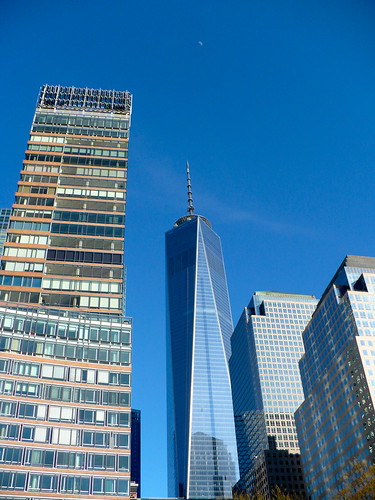 Other sights that stood out: Apartments that remind me of Legos, and in front of them, a large gathering of geese. 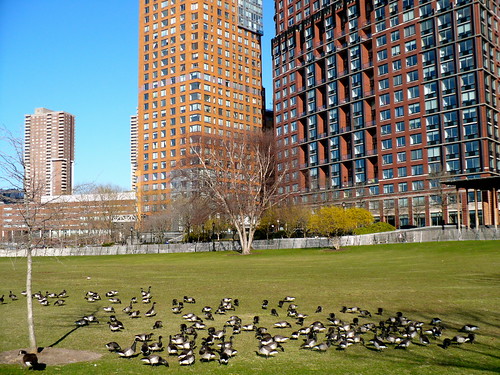 Then there's the World Financial Center with its palm tree atrium and high-end stores. 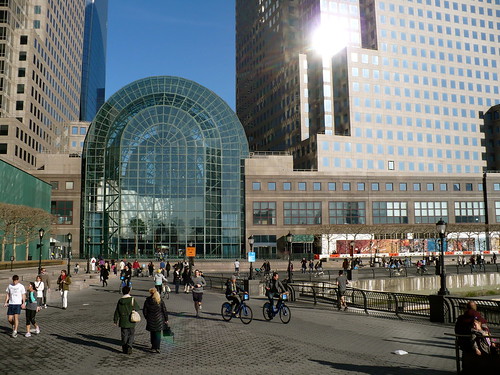 And you finish the distance to Battery Park, while walking on the Battery Park Esplanade, where the trees remind me of the troll dolls I used to collect in third grade. 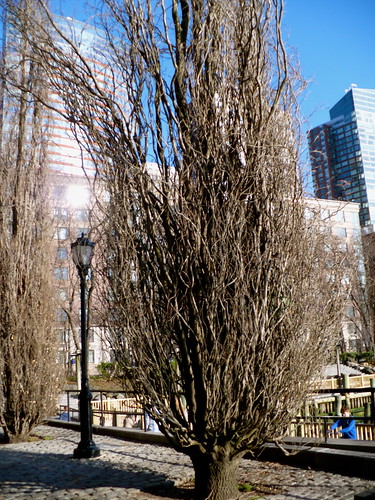 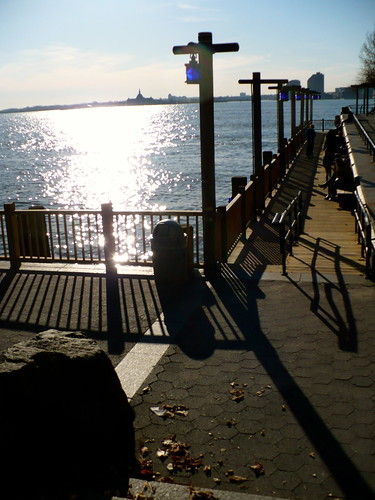 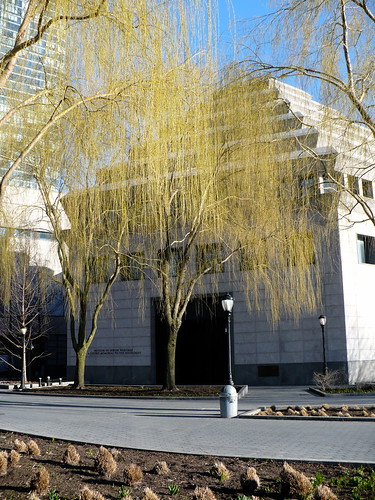 When you're down there, you could visit the Museum of Jewish Heritage and the National Museum of the American Indian, and take a ferry to the Statue of Liberty and Ellis Island. There's also a free ferry to Staten Island, and another one to Governor's Island.

Or you could just sit on a bench and stretch your legs out towards the water, where the sun is setting.