Why Governor's Island Gave Me a Sci-fi Vibe

Last Sunday, a free ferry from the southern tip of Manhattan took me to Governor's Island. 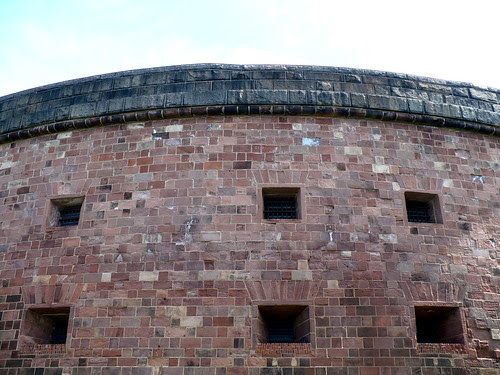 My initial impression was the following...

Years ago, people lived on the island. They formed a close-knit community and constructed homes, fortifications, a hospital, theater, offices and other buildings. 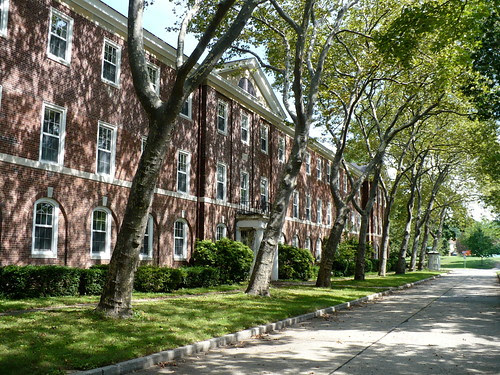 Then Something Terrible Happened. 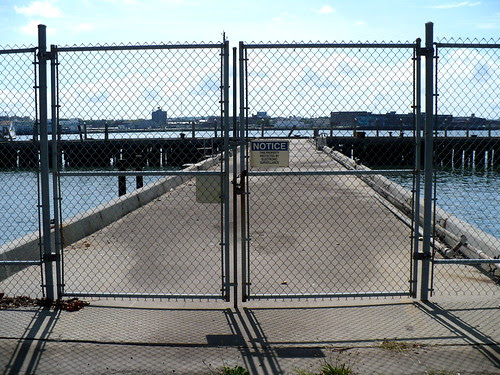 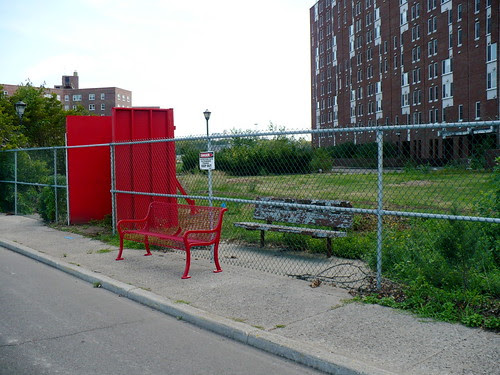 The island was evacuated.

The homes are empty. Some have fallen into disrepair but most are intact. They were abandoned in a hurry.

You wonder: Who (or what) lives in them now? 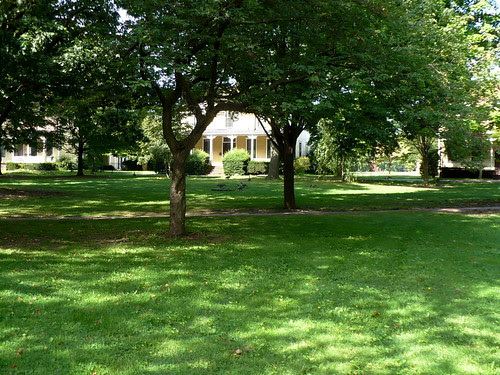 Fresh off the first ferry, you venture into Nolan Park. You don't hear human voices, only the rattle of cicadas. Geese are everywhere, toddling among the empty houses. 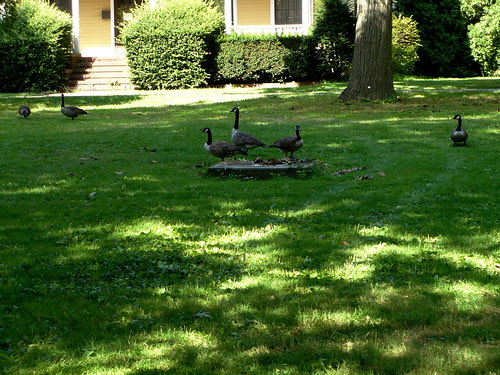 Several buildings, including an old hospital, are marked with large letters and numbers that tell you nothing. Most homes and buildings have signs on them - 'do not enter' - like plague houses, and you can't see through the windows, because they're shuttered or the rooms are too dark. 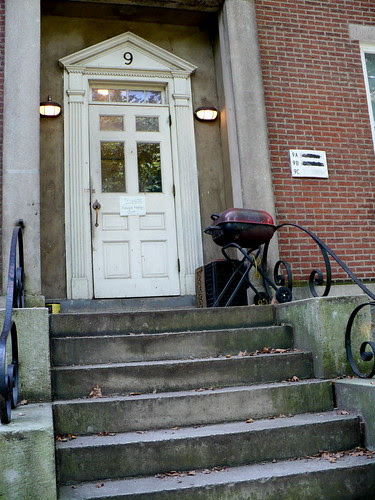 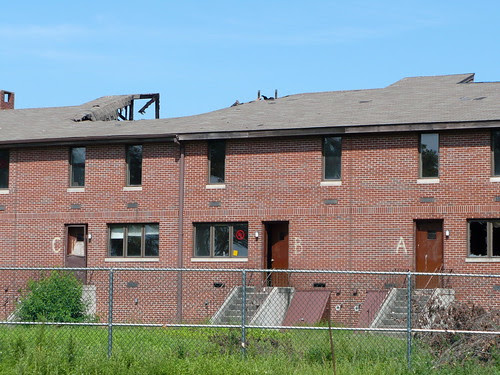 The theater stands silent and empty, and the church is bare inside. 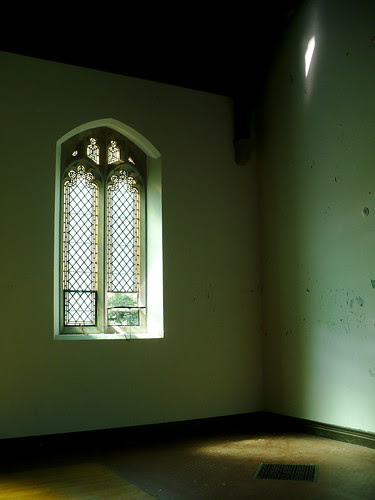 Strange institutions have sprung up. 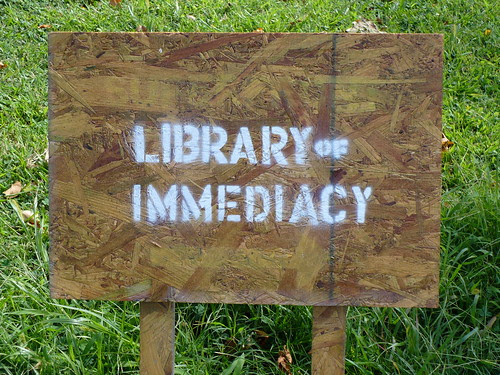 And alien structures stalk the land. 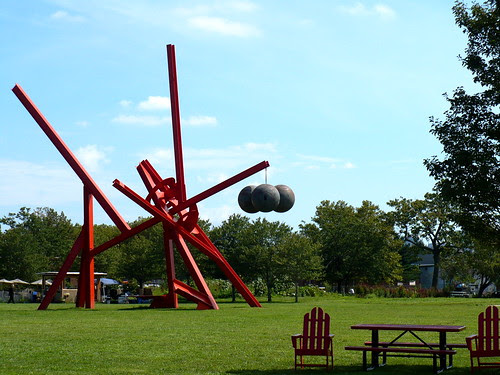 You come across portents of evil. 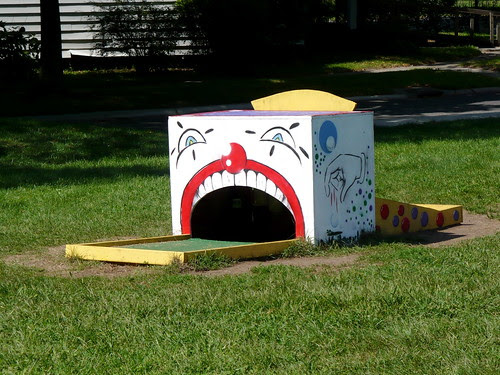 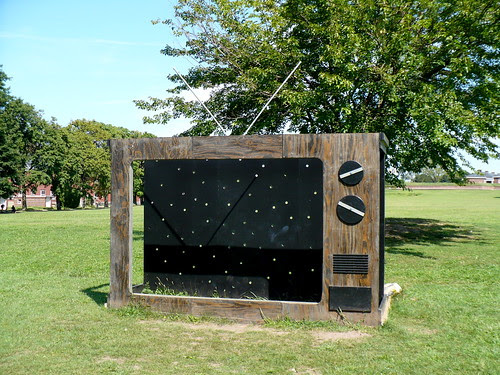 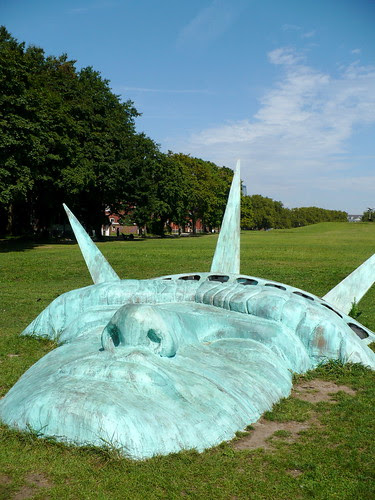 Will death challenge you to a game of chess? 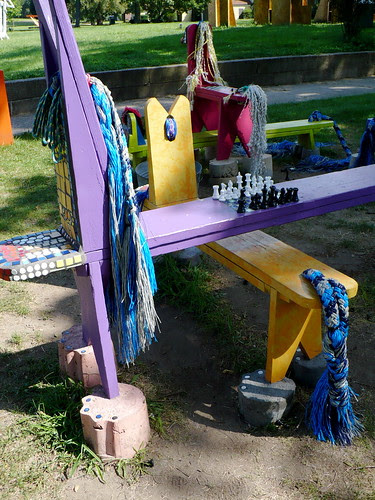 Dreading nightfall, you look for allies. You find the home of a benevolent creature who hasn't yet shown itself to you. It lives in a colorful outpost and would welcome you inside if it felt it could trust you. 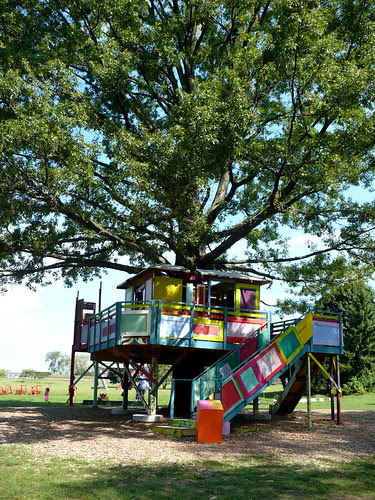 If you don't scare it away it will let you in on the secret of how to defeat the murderous legions mobilizing against you. 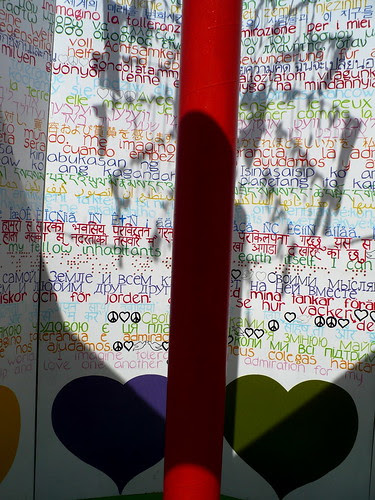 Be kind, and you will get off the island alive. 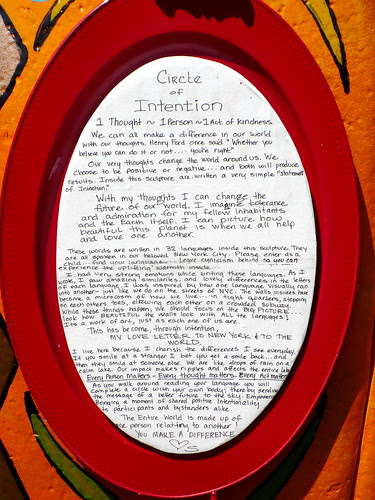 So what's really the deal with Governor's Island?

Until the 1990s it was a military base/outpost. Now it's open as a park. Most of the island is still undergoing redevelopment, and has in turns the atmosphere of a movie set, a playground, and the site of unethical genetics experiments kept under wraps by the government. 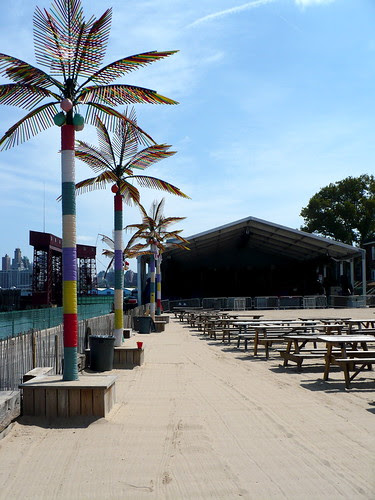 There are lawns, footpaths, an empty parade ground, old forts and batteries, abandoned buildings, a makeshift miniature golf course, public art installations, some food kiosks and vending machines, hammocks, benches, and geese. Lots of geese. Also a Compost Learning Center. And excellent views of the Verrazano Bridge, the Statue of Liberty, lower Manhattan, Brooklyn, and other parts of the NYC harbor. 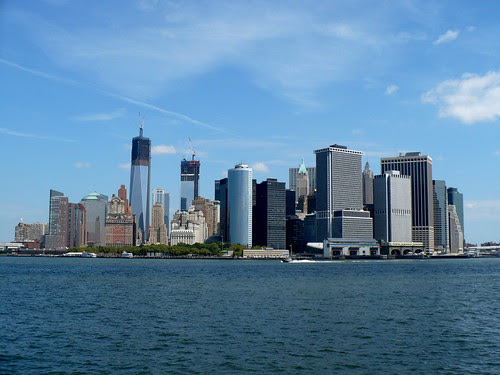 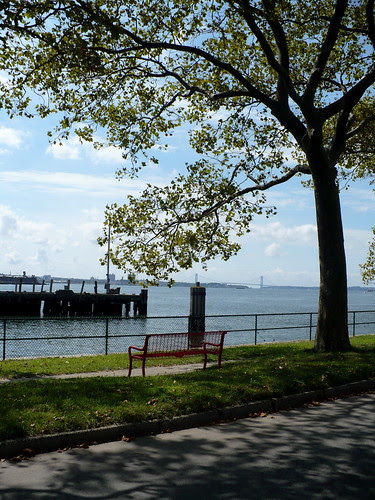 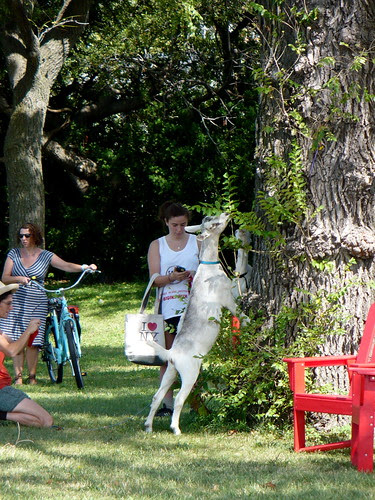 The island is open until the end of September; updates on special events and things to see or do can be found on the Governor's Island blog. I look forward to seeing how the island continues to develop in the future. This first visit was entertaining.