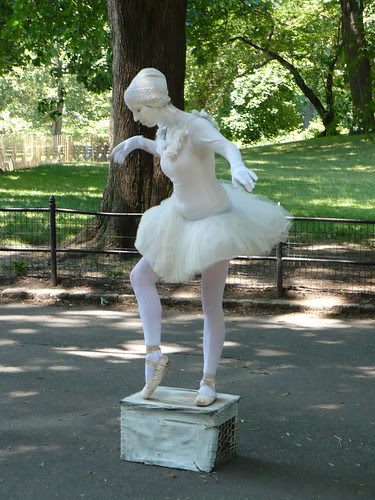 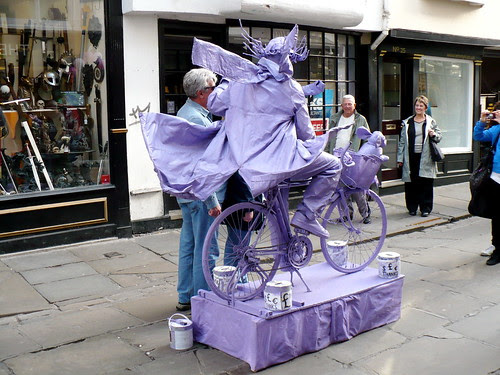 The one from New York (I'll call her the Blanched Ballerina) was posing in Central Park. The one from England (Purple Pedaler?) was in The Shambles.

It seems like both photos captured them mid-motion, but neither one was moving, just being as still as possible and drawing people towards them with their novel presence.