Floating Pumpkins, the Battle of Fort Washington, and Autumn Foliage

One was on 10/28 and involved a flotilla of pumpkins tugged across the Harlem Meer in Central Park by two people in kayaks.

Here is the flotilla getting set up, around sunset. 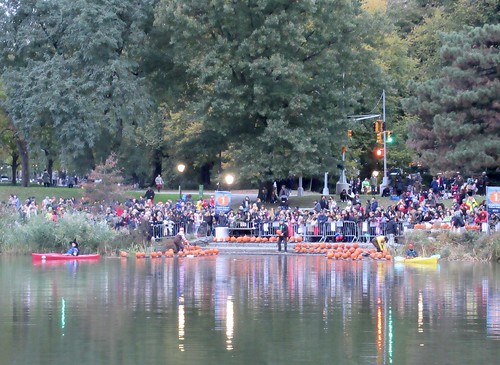 A little earlier, I had walked around some other parts of Central Park, including the Reservoir: 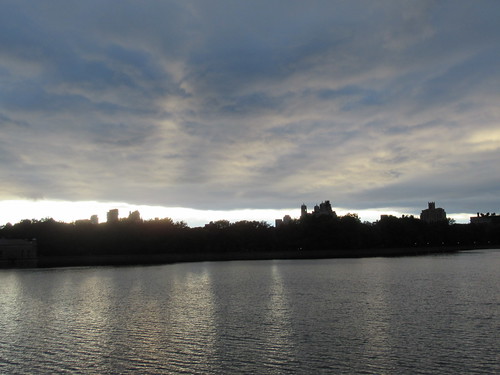 This brilliant glow was in a clearing a little north of the Reservoir: 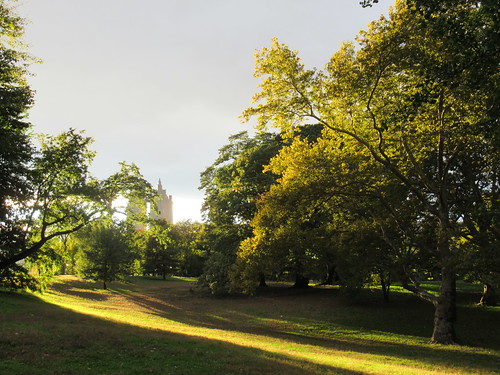 Without meaning to, I detoured to the northwest of the park, where The Pool is especially lovely in autumn: 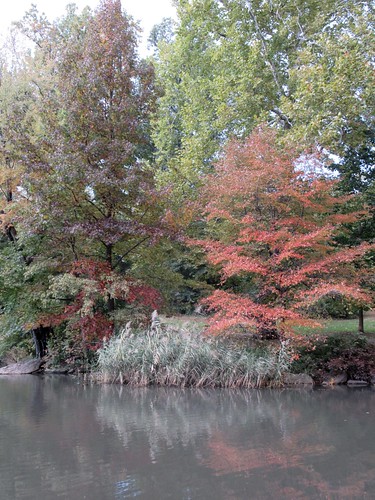 And I crossed east again, to where the Harlem Meer is, through the North Woods: 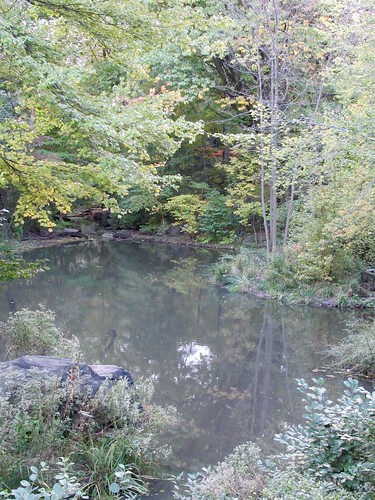 How about the second NYC parks event? Last Sunday (11/4) in Fort Tryon Park, there was a commemoration for the Battle of Fort Washington. This battle was the last Washington fought in NYC before the British drove him out of Manhattan. (For more about the American Revolution in NYC, see this post.)

Some scenes from the battlefront: 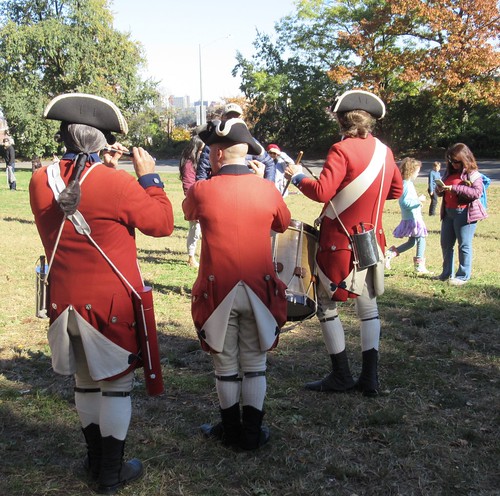 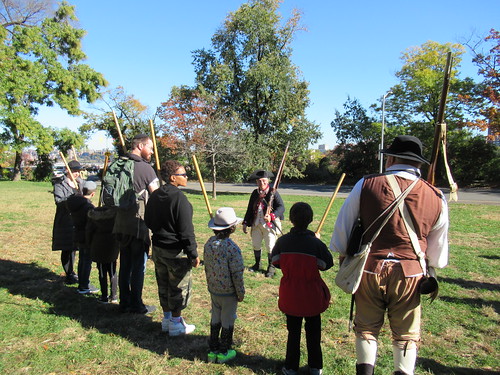 Can't re-enact history without a blacksmith: 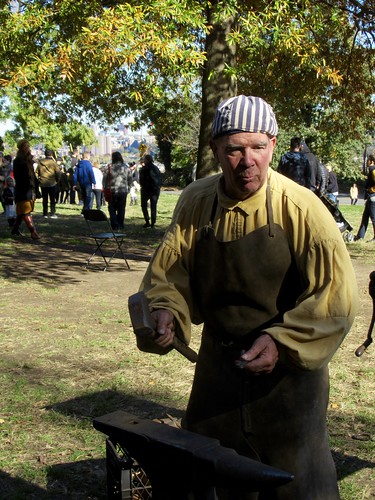 Fort Tryon Park is also magnificent this time of year (beautiful at other times of year too). 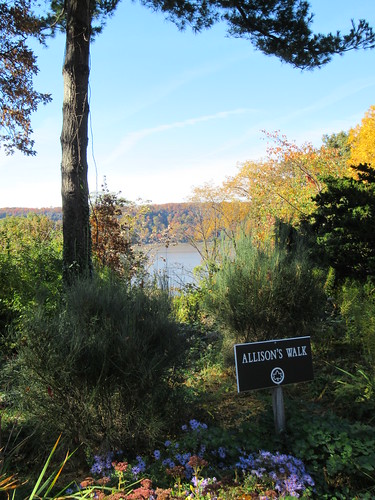 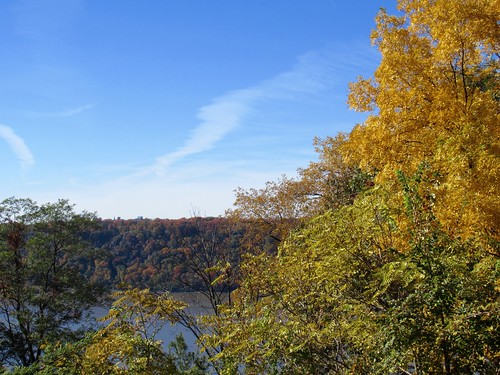 Later that afternoon, I walked around parts of Washington Heights, Harlem, and Morningside Heights. The highlights included murals: 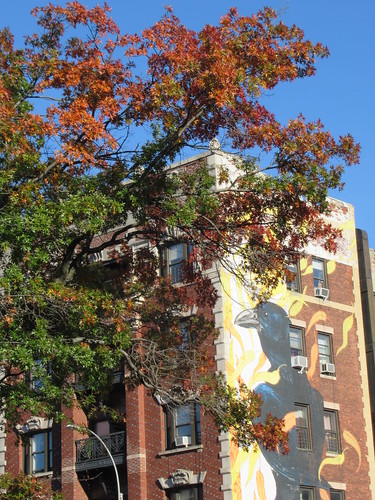 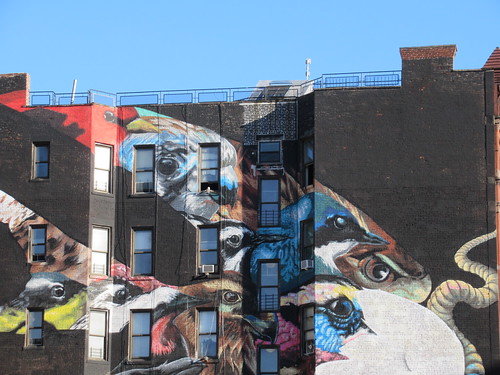 A Ralph Ellison sculpture (by Elizabeth Catlett) on Riverside Drive: 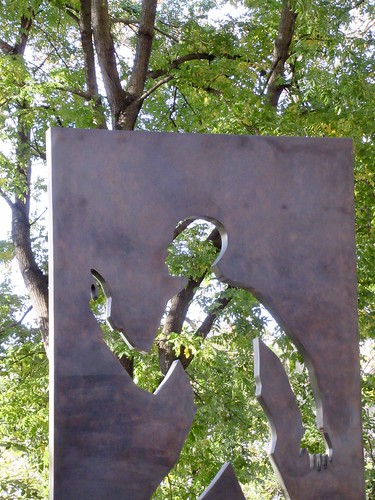 Architecture made exquisite by the late afternoon light: 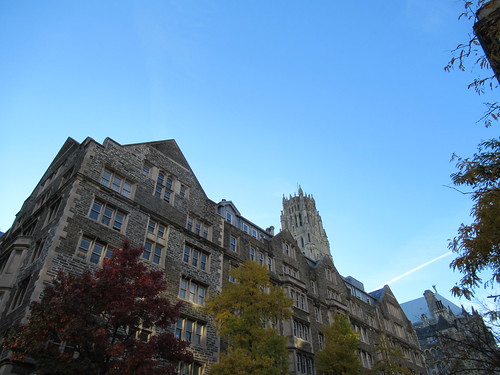 And exotic creatures peering at the street, and maybe too tired to pounce just yet: 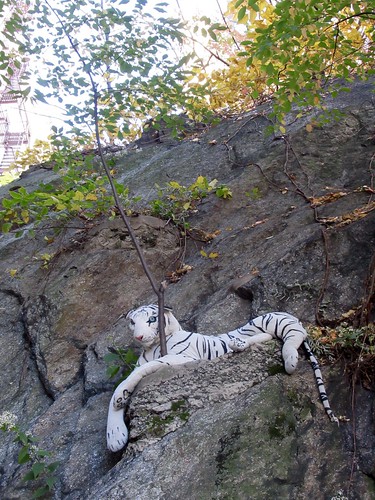