Drinking a lot of water and using sun protection (hat, sunscreen, long light sleeves) made these hikes bearable. So did the fact that we stuck as much as possible to shade and enjoyed a leisurely lunch break among trees. Still, I'd never hiked in such weather, and I found the most difficult part was the air. It's more difficult to breathe and sometimes felt like inhaling cotton.

That said, I'm glad I went on these two hikes: one outside of NYC, and the other entirely in it. Both of them with Shorewalkers.

This hike, which was roughly 13 miles, started and ended at the Metro North station for Ossining, NY and included a visit to the New Croton Dam. Much of the hike was on the Old Croton Aqueduct Trail. 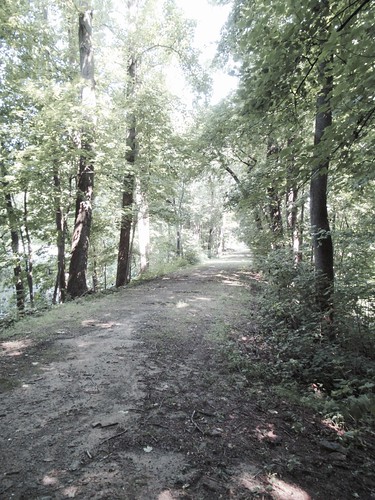 Where we spotted deer at one point. 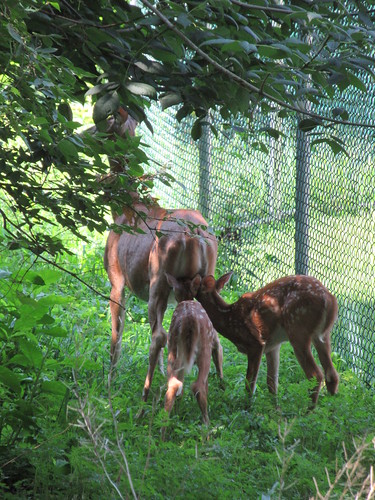 The dam was stunning. There's an upper level overlooking a reservoir. 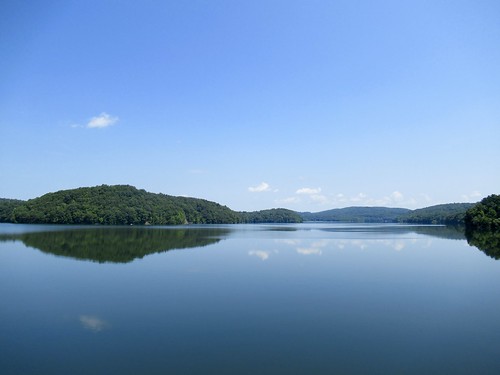 You can see the waterfall that's formed on the dam's spillway. 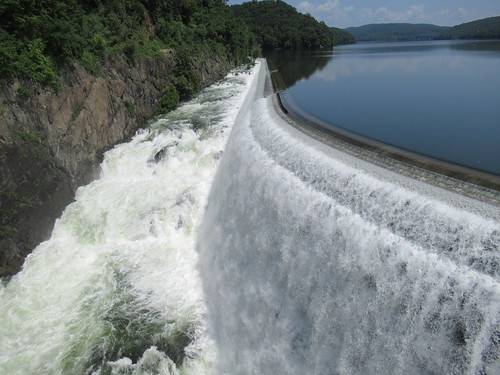 And look down at the bridge below. 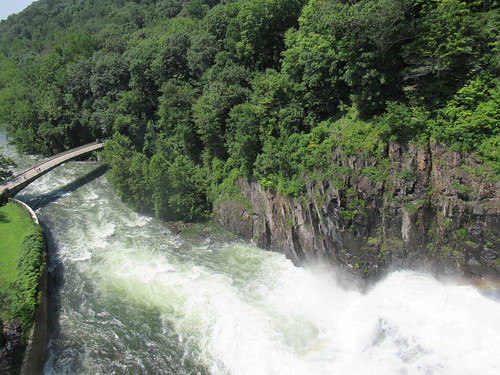 At the lower level, you can stand in a pleasant spray of water. It felt wonderful on such a hot day. 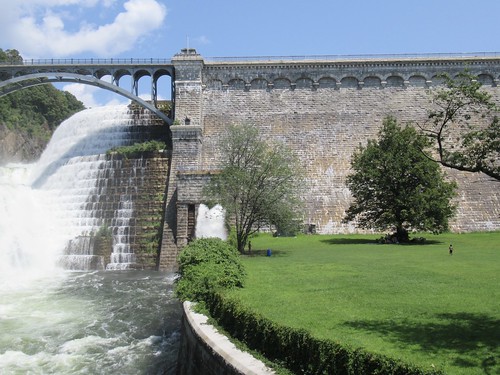 One other highlight. Early in the walk, we detoured through the Sing Sing Kill Greenway in Ossining itself. (We didn't walk by Sing Sing Prison.) 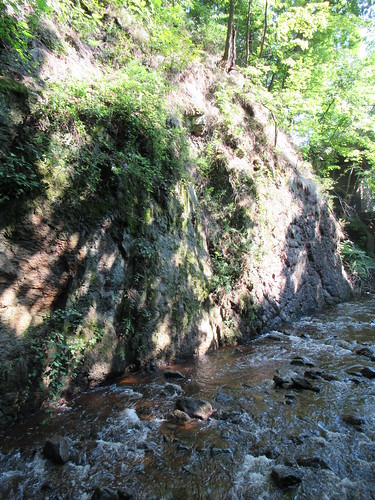 This hike was mostly level ground (or felt like it, anyway), though it did have some slopes – two of them rather steep, and others more gradual. Shoes with good traction are a plus. Also, shoes that don't easily let in water. I did this hike on Sunday, 8/5, and the trail was a bit muddy and puddly at various points because of previous rain showers. Halfway through, I needed to change my socks because my shoes weren't very puddle-resistant.

The walk started at a Dunkin' Donuts a short distance from the 231st street stop of the 1 train. Soon after, we climbed the longest exterior staircase in the Bronx, which crosses multiple avenues in the Spuyten Duyvil neighborhood. 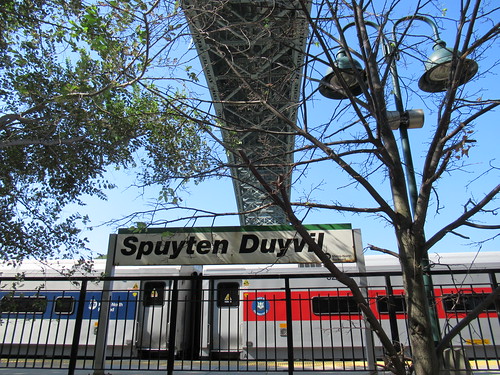 We also stopped outside of a beautifully designed residence called the Villa Charlotte Bronte. 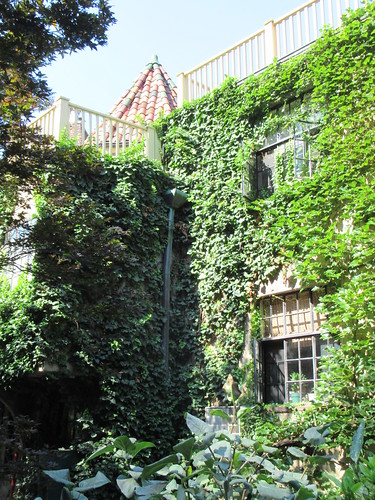 Here is some of its history. The name appears to have been chosen for romantic purposes, not because Charlotte Bronte camped out here at one point. But its lovely setting brought to mind this excerpt from one of her novels, Villette:


This balcony was in the rear of the house, the gardens of the faubourg were round us, fields extended beyond. The air was still, mild, and fresh. Above the poplars, the laurels, the cypresses, and the roses, looked up a moon so lovely and so halcyon, the heart trembled under her smile; a star shone subject beside her, with the unemulous ray of pure love. In a large garden near us, a jet rose from a well, and a pale statue leaned over the play of waters… Our meal was simple: the chocolate, the rolls, the plate of fresh summer fruit, cherries and strawberries bedded in green leaves formed the whole: but it was what we both liked better than a feast…


After bidding farewell to the Charlotte Bronte, we walked to Henry Hudson Park. 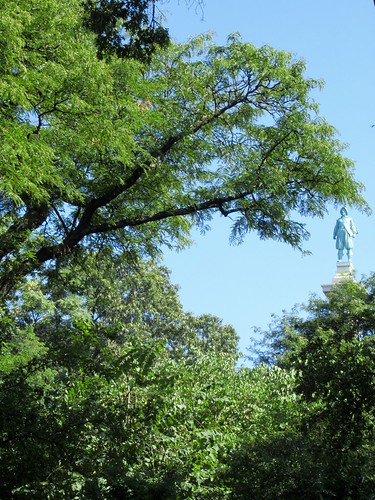 Followed by the Henry Hudson Bridge, which brought us to Manhattan. 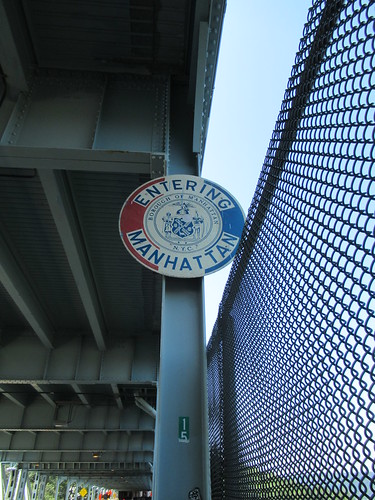 What came next were four parks. First, Inwood Hill Park, with its wild forest. 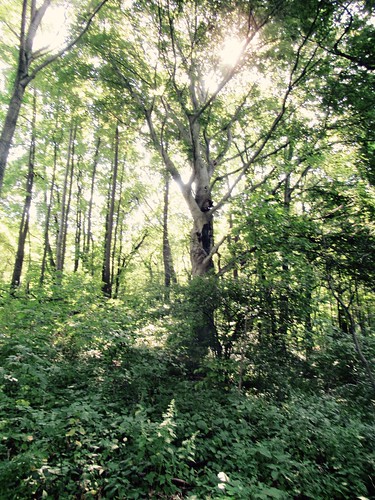 Then we skirted the borders of Isham Park (without seeing the giant ginkgo tree, which is on the other side of the park). 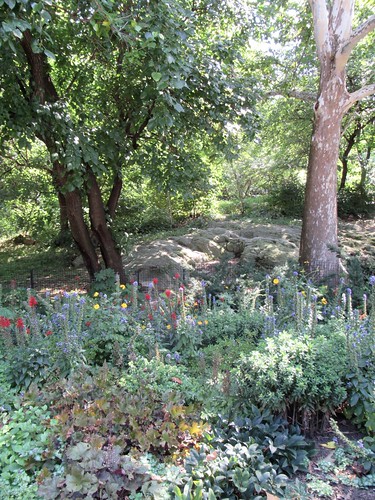 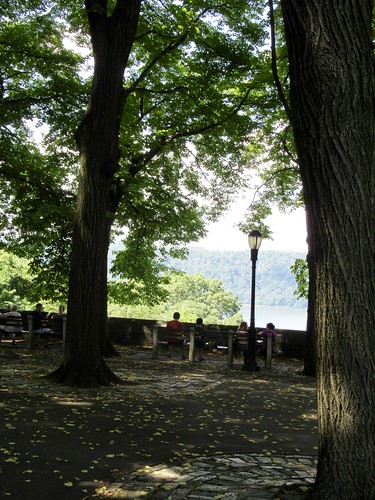 Lastly, Bennett Park, the most elevated bit of natural land in Manhattan and once the site of a fortification from the American Revolution (which came into use during the battle that ultimately drove Washington out of NYC in late 1776). 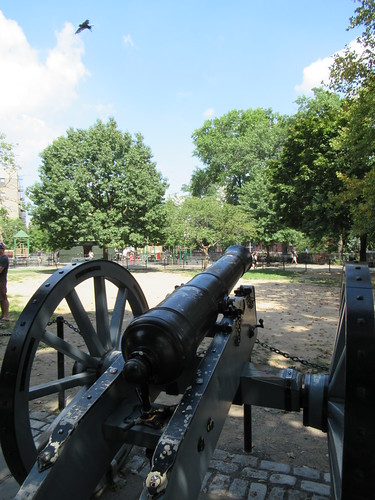 After that, we headed east across Northern Manhattan. 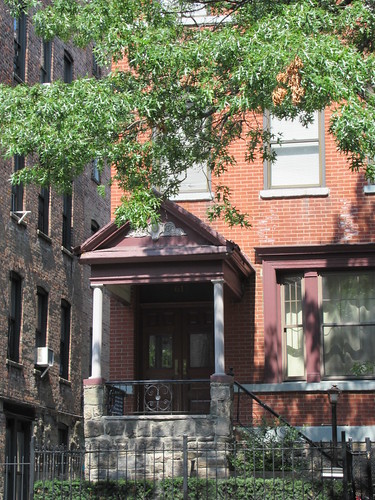 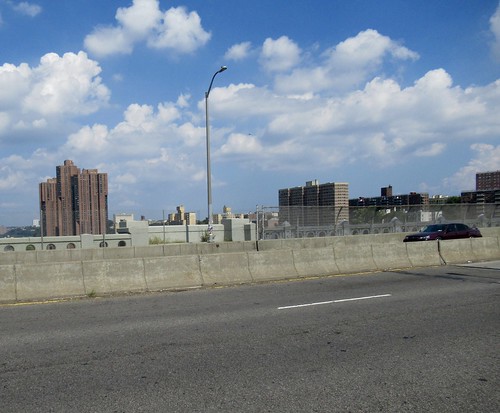 In the Bronx, the walk leader detoured for a bit to find a convenience store in case anyone needed to buy more water or other drinks (or ice cream, maybe). Then we headed south to the Bronx side of the High Bridge, which first opened in the mid-1800s as part of the Croton Aqueduct system, making it the oldest existing bridge in NYC. It's also entirely a pedestrian bridge. No need to be squished off to the side on a narrow pedestrian/bike path as cars zip past you.

Before we get to the bridge itself, there are some delightful water features on the Bronx side, including a spouting frog. 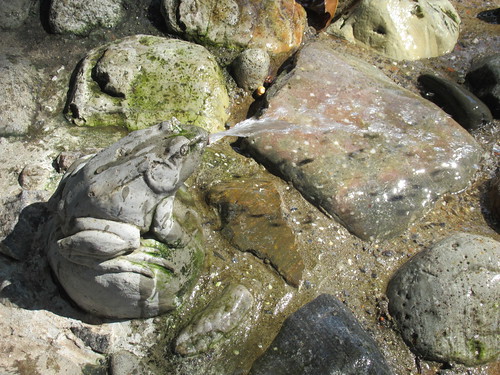 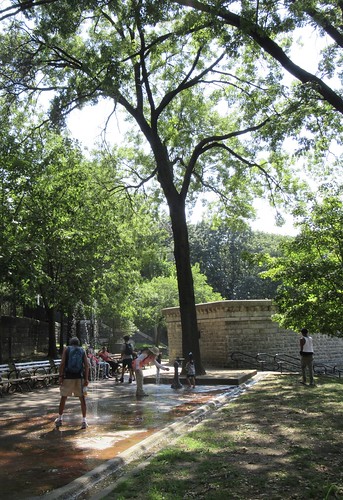 Here's the High Bridge, with its water tower. 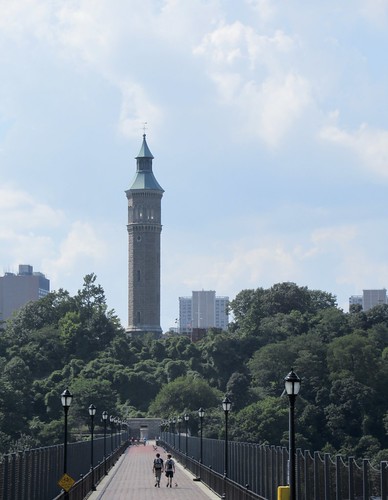 Back in Manhattan, we were in Highbridge Park, where the city is testing out some solar-powered mobile device chargers. 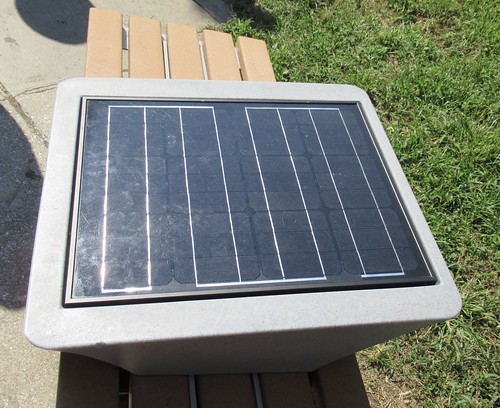 In this area of Manhattan, we stopped at a few historic sites. One was 555 Edgecombe Avenue, which used to be home to Count Basie, Paul Robeson, Lena Horne, and other notables. 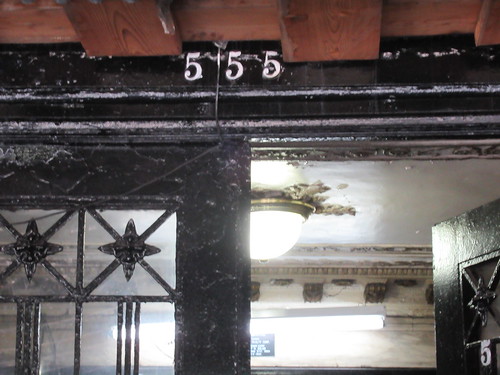 Another was Morris-Jumel Mansion. 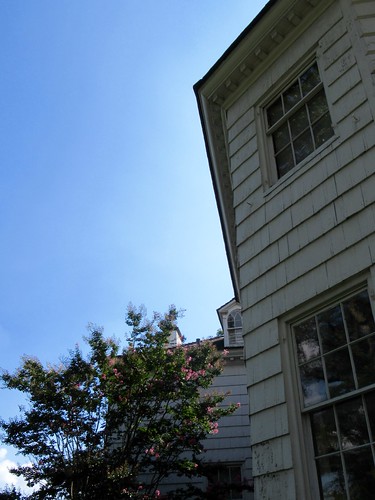 I wrote a little about the mansion in this mega-post about sites around NYC connected to the American Revolution and the colonial era.

Then came nearby Sylvan Terrace. 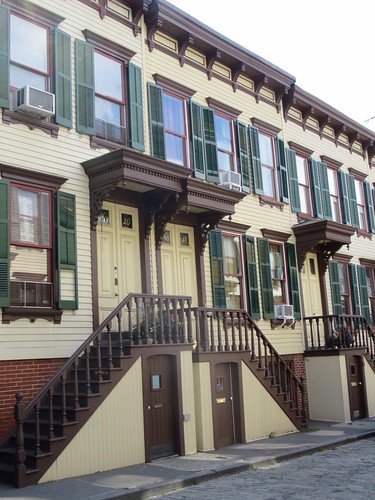 The walk ended at the 1 train stop at 157th St. and Broadway. Here's a mural spotted en route. 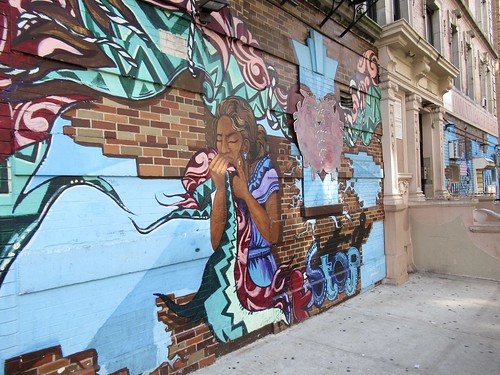