Some Jewish Culture and a Walk up Manhattan's East Side

This past Sunday, I took a tour of the Museum at Eldridge Street, or the Eldridge Street Synagogue. There's still a small active Orthodox Jewish congregation there, but its purpose is mainly to preserve a critical part of the Jewish culture that flourished in Manhattan's Lower East Side from the second half of the 19th century and into the 20th century.

This grand synagogue opened in 1887, and the congregants were Jews from Eastern Europe. It's a beautiful example of Moorish Revival architecture. 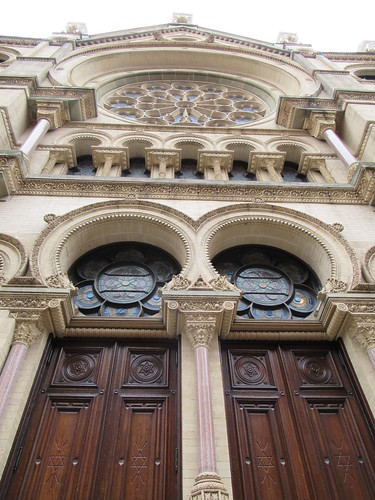 The congregation began to see a decline in the 1920s when the US enacted immigration quotas that hit hard at people trying to come in from Eastern and Southern Europe. As Jewish families moved out of the Lower East Side, newer immigrants weren't coming in to replace them and maintain a steady level of congregants at the synagogue.

In the 1950s, the main sanctuary was closed off, and the few congregants used only the Beit Midrash (a smaller room for religious worship and study). A restoration project began in the 1980s and was completed in 2007.


Here is the Beit Midrash, which is on the ground level. 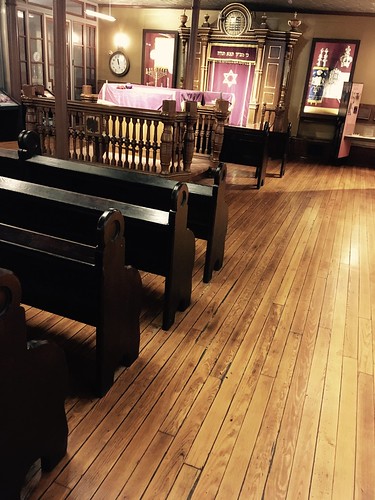 One amusing fact about it is that on the bimah (the area where the Torah is read during services), there's a small built-in receptacle for storing tobacco. 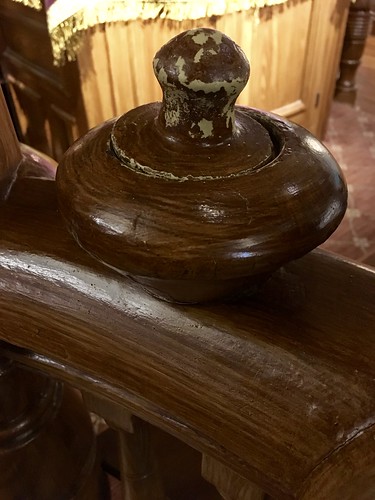 Orthodox Jews can't light cigarettes on the Sabbath, so any congregants who craved a hit of nicotine would chew tobacco, and a spittoon would be passed around for their convenience. The tour guide told us that this practice was discontinued in the 1940s in the midst of a flu outbreak.

The tour then moved up to the main sanctuary. The photos I took don't really do it justice. 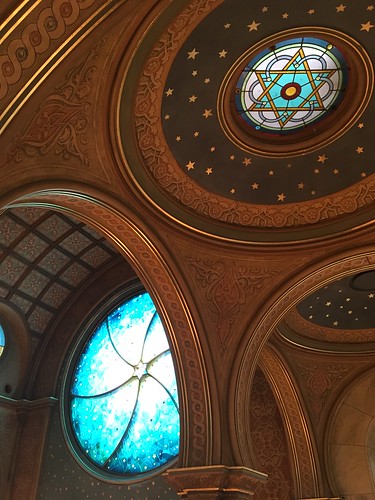 The original central stained glass window, which was lost in a hurricane in the 1930s I think, got replaced with a new design by Kiki Smith, an artist, and Deborah Gans, an architect. The restoration of the synagogue as a whole stayed true to the original construction - for instance, in its use of artistically hand-painted wood. (Check out before and after photos of the restoration work here.)

After leaving the synagogue and museum, I walked a few blocks north along Allen Street and was surprised by a crowd of people and lively music. This was the Greek Jewish Festival, organized by Kehila Kedosha Janina, another historic synagogue first founded by Greek Jewish immigrants in the early 20th century. 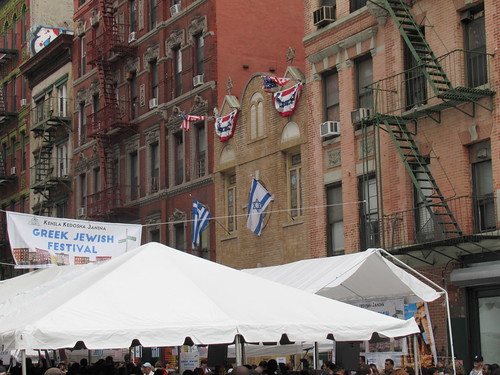 For a while, I watched a small group of dancers perform in traditional costumes. 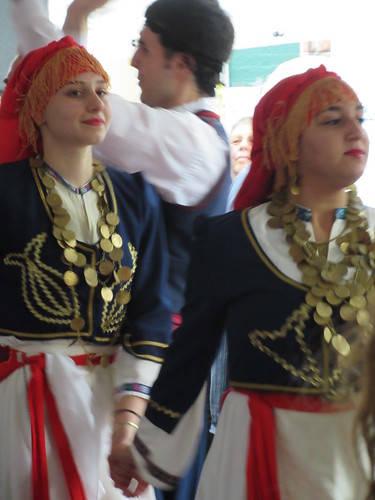 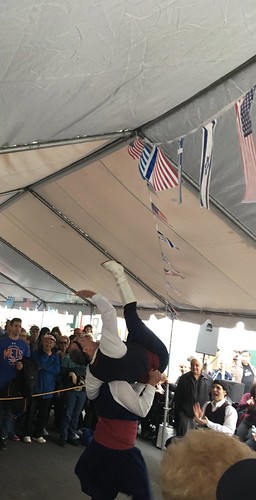 It was a real treat to watch. The rest of the walk up the Lower East Side is full of reminders that it's now a neighborhood with many Chinese immigrants. The Eldridge Street Synagogue, for instance, is in a street now packed with small Chinese businesses. And there's an interesting mix of cultures in other respects, like in this bank that displays Chinese characters, as ads with old Hollywood stars hang over it: 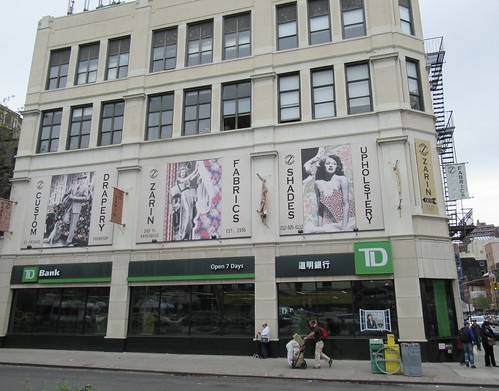 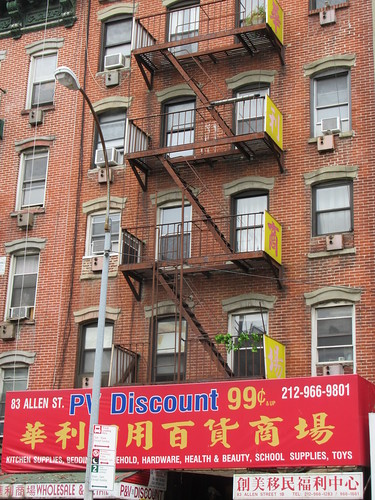 And here, at random, a Swedish espresso bar: 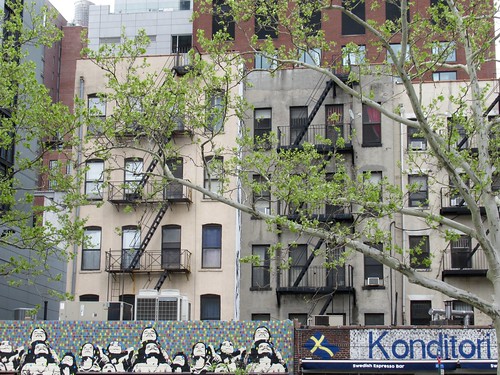 My walk continued up Manhattan's east side, into the East Village next, with its edgy vibe and reputation for artistic expression and general rebelliousness. (Though rents have soared, making it harder for people to move there and rebel against the system.) 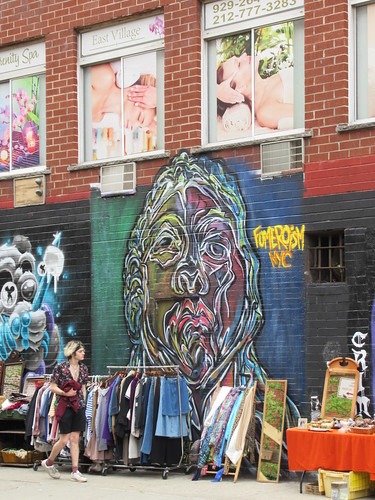 After a peek into Holyland Market (a small Israeli store), I came across this mosaic by Jim Power, a Vietnam War veteran who has become known as the "Mosaic Man" for his work around the East Village, including its lampposts. 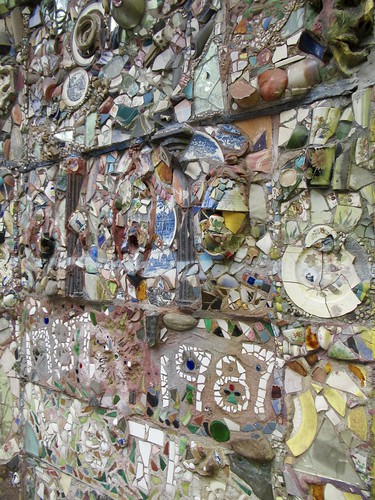 After that, my walk became defined by a series of parks. 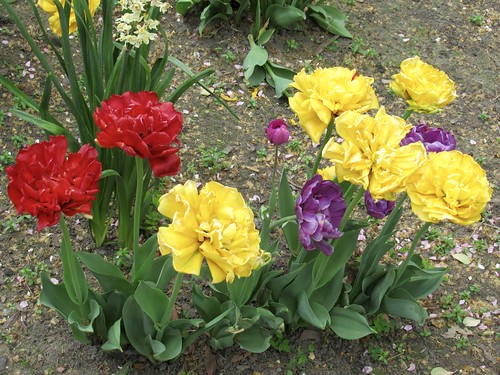 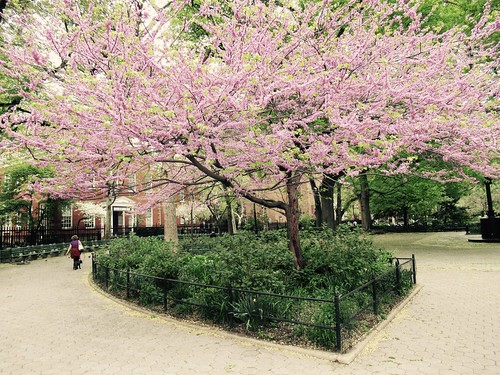 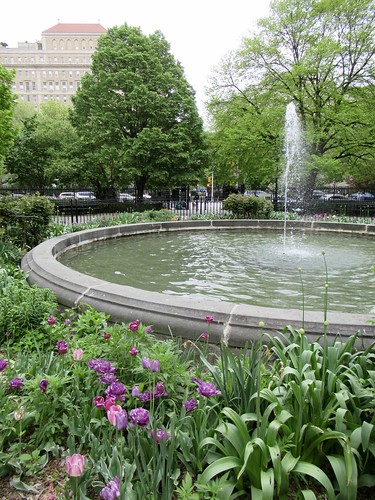 A peek into Gramercy Park, which is gated off and private. It isn't prettier than nearby public parks, but bears a stamp of wealth and privilege because of its exclusivity and the fineness of the surrounding buildings. 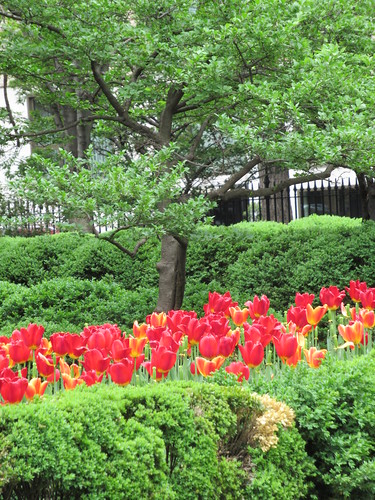 For instance, facing the park is the National Arts Club, with the carved heads of Shakespeare, Milton, Franklin, Dante, and Goethe on its facade. (I didn't know this until now, but their exhibitions are free and open to the public. Worth investigating.) 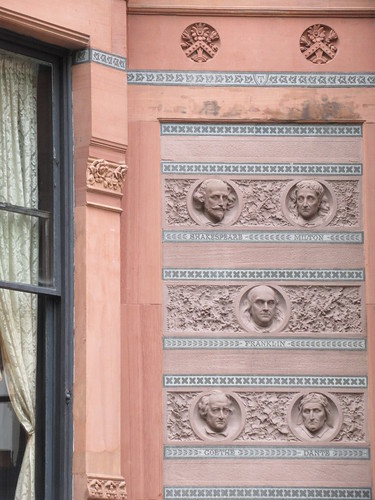 Madison Square Park came next. There are always some new art installations there; the recent ones are by Diana Al-Hadid. 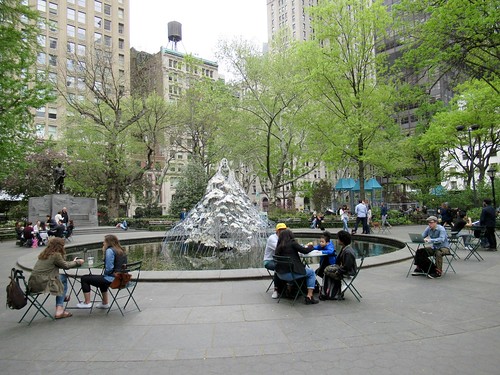 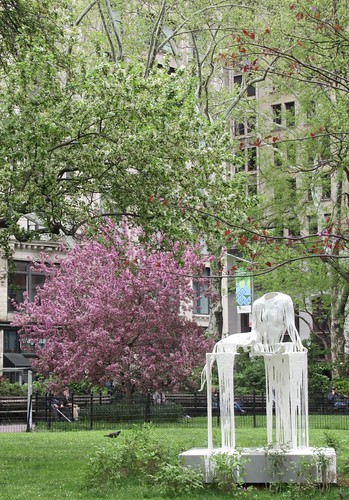 I stuck to 5th Avenue afterward, the Midtown section of it, which is home to elaborate shop windows and public art, and where massive, ornate churches share the street with luxury brand stores. 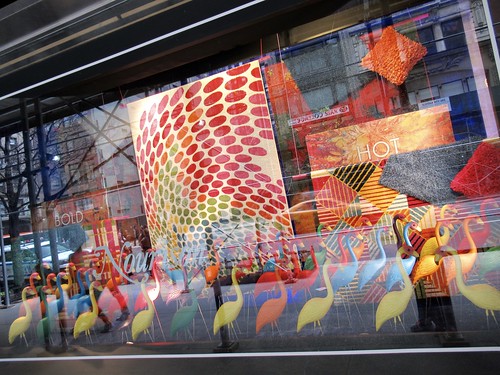 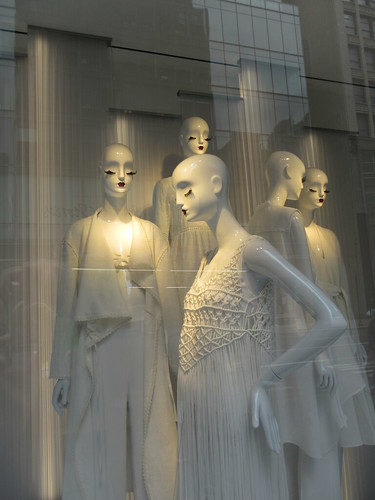 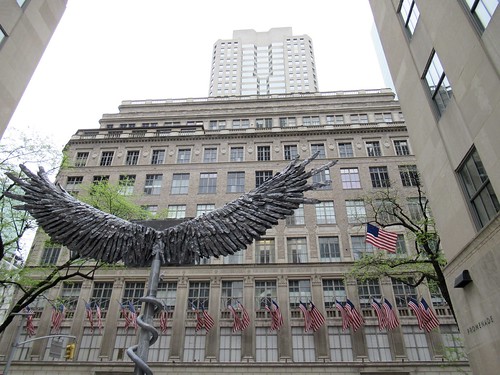 And the best part of it: the main branch of the New York Public Library, with the lions out front. 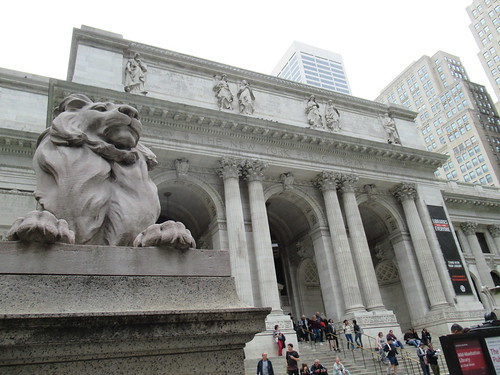