Lucy Snowe from Charlotte Bronte's Villette is a fascinating narrator

Lucy Snowe, the narrator for Charlotte Bronte's Villette, starts her story in her godmother's house, where she's visiting. She's a teenager at the time and inhabits the house like a shadow. She says next to nothing about her birth family, which is unusual; all we know is that she's English. She observes other people closely, and she enjoys some quiet pleasures, unnoticed. Soon after this visit, she makes vague reference to events that lead her to fall out of touch with her godmother, and the tragedies and hardships that leave her alone in the world as a young woman. (No details on what exactly happens.) She winds up working in a French school, and her thoughts about her circumstances are realistic and complex. 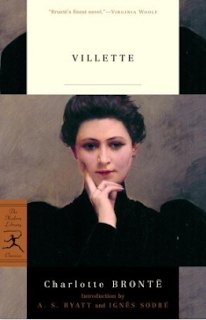 Part of why I find this narrator fascinating is that she can be frank and blunt. But then she'll turn away suddenly, holding back information and withdrawing from the reader's sight. She is outwardly reserved - many people think her so - while emotions can run rampant in her. She isn't an unreliable narrator in the sense that she has sinister motives or strong delusions, but she's disconcerting. She understands how much she's confessing, and wants to keep some things to herself. Sometimes, she'll introduce a detail or observation that jars the reader out of the complacent belief that they've got the characters fixed in their mind. The reader is kept at an uneasy distance while still being absorbed in the narrative.


Telling her story how she sees fit is a way to exert power over her life and the readers' imagination. She doesn't have much power in terms of family connections and money, but her words have power, in the observations she shares of herself, other people, and life, human nature, and society more generally. Even within the story, she uses writing to assert her own voice and her vision of life. There's a scene where two mocking professors expect her to write an impromptu piece on "Human Justice." And she comes up with a character sketch:

“Human Justice” rushed before me in novel guise, a red, random beldame, with arms akimbo. I saw her in her house, the den of confusion: servants called to her for orders or help which she did not give; beggars stood at her door waiting and starving unnoticed; a swarm of children, sick and quarrelsome, crawled round her feet, and yelled in her ears appeals for notice, sympathy, cure, redress. The honest woman cared for none of these things. She had a warm seat of her own by the fire, she had her own solace in a short black pipe, and a bottle of Mrs. Sweeny’s soothing syrup; she smoked and she sipped, and she enjoyed her paradise; and whenever a cry of the suffering souls about her ‘pierced her ears too keenly — my jolly dame seized the poker or the hearth-brush: if the offender was weak, wronged, and sickly, she effectually settled him: if he was strong, lively, and violent, she only menaced, then plunged her hand in her deep pouch, and flung a liberal shower of sugar-plums.

I enjoyed the complexity of this character. Bronte writes her as plain, sometimes difficult, and prickly but also faithful and possessing integrity and a capacity to love deeply. She doesn't trust in happiness, not for herself; she doesn't expect to receive any meaningful share of happiness in life, but her resignation can give way to rage when what little happiness she thinks she can count on gets snatched away. Even though she has reserves of strength in her, there is also a point in the book where her isolation almost breaks her mentally. There are many people whose company she'd want to avoid, but she hungers for companionship - at the very least to be thought of, to not vanish from people's minds. Maybe that's one motive for sharing her story with the world - to be remembered, to be marked as having lived. She's no longer invisible.

Some of the people she cares for deeply don't notice her, but at the same time, the only reason we notice them is because she renders them so vividly in her narrative. This is one theme in the book - the need to be seen. Not just to be in people's company, but to be understood by them. Even relationships that seem prickly and contentious may draw people closer because of this quality of being seen. For example, with another teacher at the boarding school (Monsieur Paul), Lucy feels free to be more playful, not wearing an armor of reserve as she does with other people (even though M. Paul often has fits of pique and tempestuous moods). One sign of their growing closeness is that after attempting to persuade her to his faith (he's Catholic, she's Protestant), he comes to see and respect her point of view on her faith, even if he doesn't share it.

There isn't anyone quite like Lucy in the story. She gets along in different ways with some of the other women, but she isn't similar in character, mentality, looks, or status. Among both men and women, she's nearly invisible. But here's this novel, where she shares moments of raw pain and near-madness, and ducks away and withdraws when she sees fit to as well. Bronte's choices in narration are so interesting.

(I read Villette for the Classics Club Challenge.)